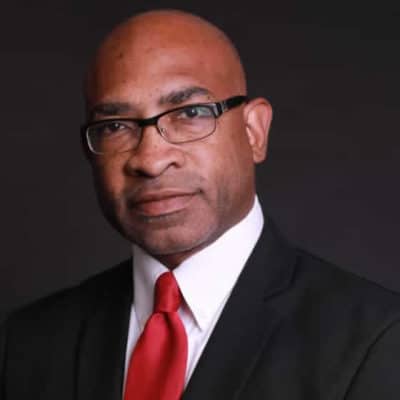 Retired Judge Fanon A. Rucker brings more than twenty years of legal experience and advocacy to the Firm. Judge Rucker was born and raised in Gary, Indiana. He graduated from Hampton University and the University of Cincinnati College of Law.

As a prosecutor, Judge Rucker tried hundreds of bench and jury trials and regularly advocated for domestic violence and assault victims. Judge Rucker was part of the City’s liquor license enforcement team, responsible for monitoring, and where appropriate, objecting to liquor license renewal for noncompliant establishments. During his career, Judge Rucker served as the Chief Prosecutor for four Ohio municipalities.

After several years as a city prosecutor, Judge Rucker went into private practice. In private practice, he worked for two different prestigious Cincinnati law firms where he focused primarily on civil rights, employment, municipal law and business litigation. Judge Rucker litigated cases in state and federal court at both the trial and appellate levels. Judge Rucker had the very unique experience of representing both plaintiffs and defendants in court. As a lawyer, Judge Rucker recovered compensation for injured plaintiffs in solo and class action lawsuits.

Judge Rucker served as an adjunct professor at the University of Cincinnati for several years where he taught a class on law history and currently serves as an Ohio Bar Examiner.