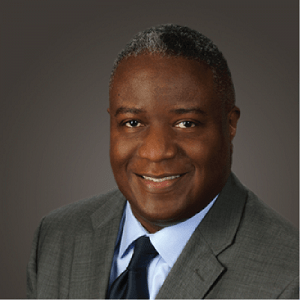 Sam Starks is a Senior Attorney at The Cochran Firm Atlanta and is involved in all aspects of the firm’s litigation practice, including medical malpractice, premises liability, civil rights, and wrongful death cases. Sam graduated from Duke University School of Law in 1992, where he was a Note Editor on the Duke Law Journal.  After graduating from law school, Sam Clerked for Judge Damon J. Keith on the U.S. Court of Appeals for the Sixth Circuit. Following his clerkship, Sam began his legal career as a practicing attorney as a staff attorney at The Washington Post. While in Washington D.C. Sam also worked several years as a staff attorney at the Public Defender Service for the District of Columbia.  After relocating to Atlanta in 1999, Sam began his career as a plaintiff’s trial attorney representing individuals in various types of personal injury and property damages cases. Over the past 15 years, Sam has represented hundreds of clients and served as lead counsel in civil trials in state and federal courts, and also briefed and argued numerous appeals in state and federal court.  Sam is a veteran of the U.S. Army and native of South Carolina. He has taught at numerous programs for civil and criminal trial attorneys, including Gerry Spence Trial Lawyers College.