What is a personal injury claim?

Personal injury claims are based upon tort law (similar to criminal laws). A tort is a civil wrong that causes injury to someone else or their property, for which the law grants the victim a legal remedy. Civil torts are distinct from criminal offenses in that they are not punishable by incarceration or otherwise sanctioned by government action. Personal injury claims mostly focus on three categories of torts: intentional torts, negligence, and strict liability.

Negligence - There are three elements that must be proven to establish a claim of negligence: (1) duty; (2) breach of duty; and (3) damages.

Strict Liability - In a personal injury claim, strict liability is when the court holds a defendant liable regardless of fault. Here, it doesn't matter if the company was guilty or innocent of any wrongdoing, they will be held responsible for the damage that their faulty product has caused.

What are civil rights lawsuits?

Are there differences between a personal injury claim and a civil rights lawsuit?

Personal injury lawsuits are civil claims that involve the victim claiming to have been injured physically or emotionally by someone else. Civil cases can also include property damage (i.e., car accidents) and financial damages (i.e., fraud).

Civil Rights is a term used to describe the rights of people within society. Civil rights include issues like voting, racial discrimination, social injustice, and fair housing. Civil Rights lawsuits are lawsuits that seek to protect these civil rights either by court action or by legislation. Civil rights can be protected in two ways: 1) through litigation which seeks to ensure that all citizens have equal access to government services or 2) through legislation which prohibits certain actions based on race, age, gender etc.

One of the key differences between a personal injury claim and a civil rights lawsuit is that in a civil rights lawsuit you are usually suing an individual or business for damages due to violations of Civil Rights (or Civil Liberties). Personal Injury claims are filed when the person filing the case has suffered physical, emotional, spiritual or financial loss due to the negligence of someone else.

Some examples of Personal Injury cases include:

Where can each case be heard?

Personal injury claims must be filed in Civil Court, if someone was charged with a criminal offense there will probably be a separate criminal case in which you will need to file your personal injury case against the defendant in Criminal Court.

What are the limitations for each type of case?

There are no caps or limits on damages for Civil Rights violations, but there are statutes of limitations associated with personal injury claims . A statute of limitations requires you to file your lawsuit within a certain time frame after your injury occurred. If you do not file within this time frame then you lose all rights to sue for any type of compensation. Statute of Limitations can be confusing but there are lawyers who specialize in this very thing.

First, you should know that there are two separate statutes of limitation for civil rights claims: (1) an injury-based statute and (2) a time-of-discrimination rule.

If your case alleges physical injury after an unreasonable and unlawful use of force by a police officer during an investigation or arrest, then your claim would be an injury-based civil rights claim.

This rule applies if your civil rights claim is based on harassment or some other form of discrimination, such as an unlawful eviction from a public housing project. In Memphis, Tennessee a civil rights claim must be filed within two years after the date on which the injury was sustained or in the case of an unwarranted arrest or detention by a police officer, this is usually when you've been formally charged with a crime.

Personal injury claims also have a limited amount of time before the Statute of Limitations expires, depending on your state it may be 2 years, 3 years or 6 years from the date of the accident. In Memphis, Tennessee you must file within two years as well.

What are some other differences between Civil Rights cases and Personal Injury cases?

Civil Rights cases are fought against an individual not against companies or government agencies; therefore individuals cannot be held liable for punitive damages. Civil rights violations can result in compensatory and emotional distress damages; as well as Attorney fees and court costs. Civil Rights Defendants also might be required to take anger management classes and pay fines if convicted.

Personal Injury lawsuits are fought against an individual (or several defendants) or a company who was negligent in causing your harm. Compensatory Damages are the money awarded to pay for actual losses. Civil courts can also award Punitive damages that are designed to punish the Defendant and discourage future Civil Rights violations or Personal Injury cases. Finally, Civil suits can include an amount for emotional distress as well if you can prove it with medical records, witness testimony, etc.

What are the differences in the various types of damages that can be awarded?

Compensatory Damages are the money awarded to pay for your actual losses. This would include things like medical expenses, lost wages, cost of repairs for property damage, etc.

Punitive Damages are damages that are designed to punish the Defendant and discourage future Civil Rights violations or Personal Injury cases.

Emotional Distress Damages are any damages awarded for emotional distress caused by being injured or having a family member killed due to someone else's negligence. Emotional Distress is an intangible thing that can't be measured in financial terms so this aspect cannot be financially compensated. However emotional distress does factor into other types of damages that might be awarded so it is still included when figuring out how much you should receive from your case.

A lawyer or attorney should always be contacted when you are involved in a car accident or any other type of accident where another person may be at fault for causing your injuries. You should also seek out legal counsel if you believe you have been discriminated against in any way.

What are the differences in the standard of proof for each type of case?

Civil Rights violations don't have a high standard of proof, which means that you will not need to prove your claim "beyond a shadow of a doubt", you only need be able to prove it by the preponderance of evidence (which is considered more than 50% likely to be true). Civil rights claims can also be filed against government agencies or municipalities, whereas personal injury cases are rarely filed against governments.

Personal injury claims have a higher standard of proof, which means you will need to prove your claim "beyond a shadow of a doubt". To do that you will need witnesses, photographs, medical records and other evidence that proves the defendant's negligence caused your injury.

When should I hire a lawyer or seek out legal counsel?

A lawyer or attorney should always be contacted when you are involved in a car accident or any other type of accident where another person may be at fault for causing your injuries (bike accidents, slip and falls, work related accidents, etc.). You should also seek out legal counsel if you believe you have been discriminated against in any way. In both cases, the law firm will evaluate your potential case and advise you on how they believe you should proceed. In some instances a case may not even need to go to trial because it can be resolved, or settled outside of court.

What factors should I consider when hiring an attorney?

There are many factors to consider when hiring an attorney to represent you. First, it is important to find an attorney that has experience in your type of case (civil rights, personal injury). Personal Injury cases are different than Civil Rights cases so it's best to have an attorney who has previous experience working on the same types of cases as yours. Also, consider what resources this law firm has to work with you and pursue your case. Another factor to consider is location - you certainly want someone who can devote their time and attention to working on your case but if the law firm cannot handle many Civil Rights or Personal Injury cases then there might not be enough staff or hours in the day for them to provide full representation for your claim.

How long does a case typically take to complete?

It can take anywhere from a few months to several years for a Civil Rights case or Personal Injury case to complete. Since every case is different, it's hard to estimate how long yours will take. Keep in mind that you should be prepared for the possibility of the case going on longer than you expect if there are any issues like appeals involved. Civil rights cases and personal injury cases typically don't end quickly because they first need to go through an investigation and discovery phase where evidence against the defendant is gathered.

What are some notable civil rights cases?

In addition to making Title II claims under the federal Civil Rights Act of 1964, employees may also bring claims under Title VII of the federal Civil Rights Act when their employment has been disrupted due to discrimination on the basis of race or other protected status including sex, which is prohibited under 42 U.S.C § 2000e-2(a) et seq., as well as claims based on national origin, color, religion or disability (disability), which are included under 42 U.S.C § 2000e-2(m)(1).

What are some notable personal injury cases?

Navigating the legal waters of a personal injury claim or civil rights lawsuit can seem daunting – that's where we come in. With decades of proven, winning experience and over $35 Billion obtained in Verdicts, Settlements and Judgments, The Cochran Firm of the Mid-South is here to help you. We are here to fight alongside you and carry out Mr. Johnnie Cochran's legacy of providing exceptional representation to victims of all types of injustice. That's the Cochran way! If you are the victim of an injury or feel that you have been discriminated against, contact our team of attorneys and we can help you determine the best course of action for you. Our team of legal experts will meet with you for a free case evaluation to discuss the facts of your case and determine if filing a lawsuit is right for your case. If your case proceeds, then you can expect our full support and vigorous management to obtain the best outcome possible. Our consultations are without obligation so there’s no risk in reaching out today! Call The Cochran Firm of the Mid-South at (901) 523-1222 today. 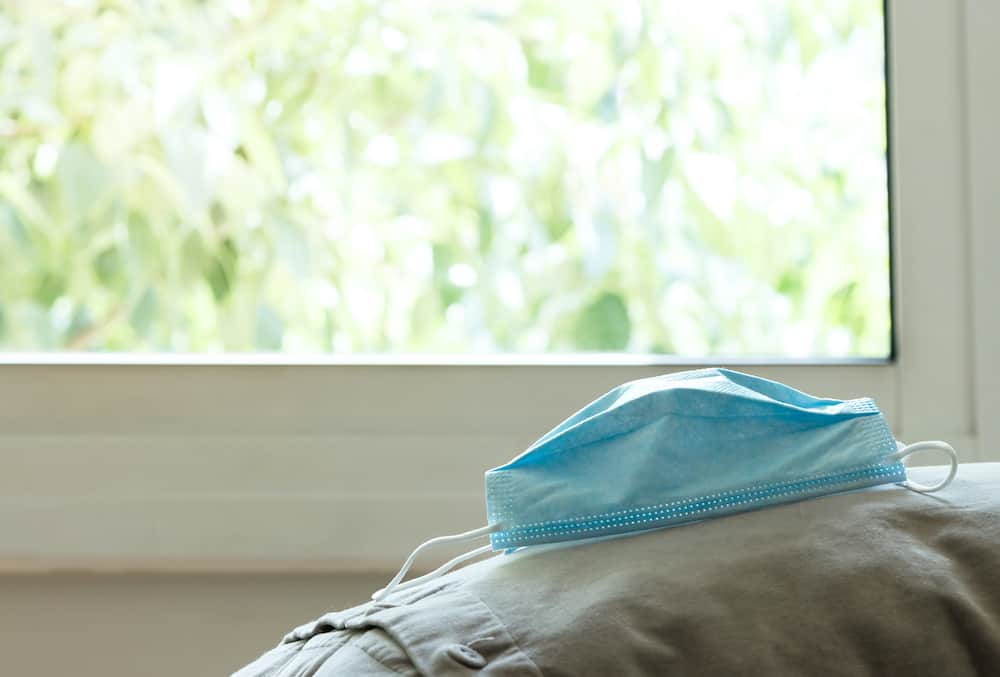 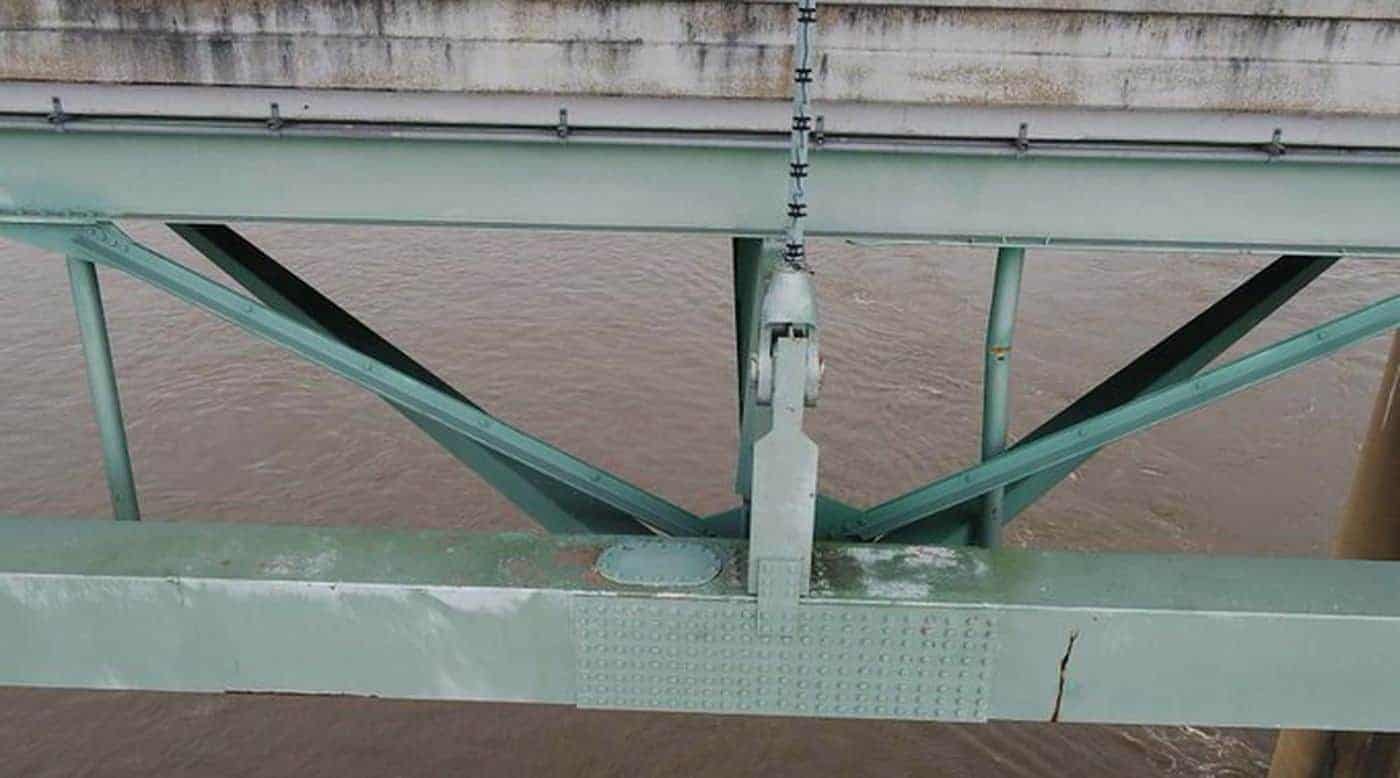 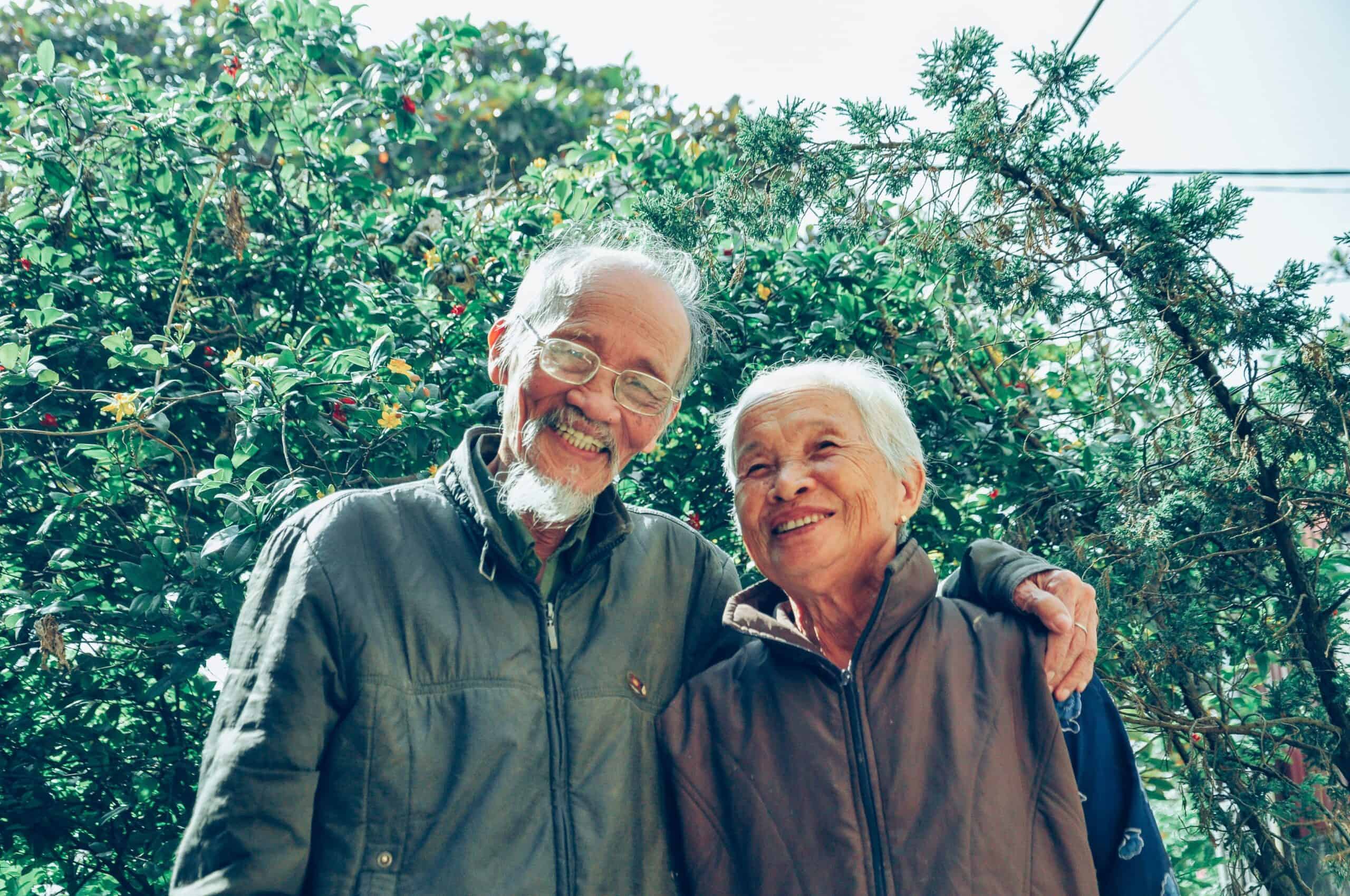 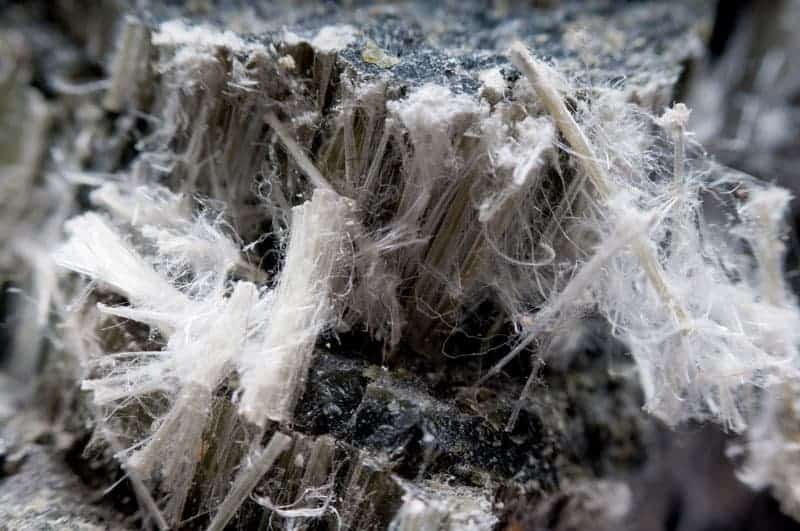 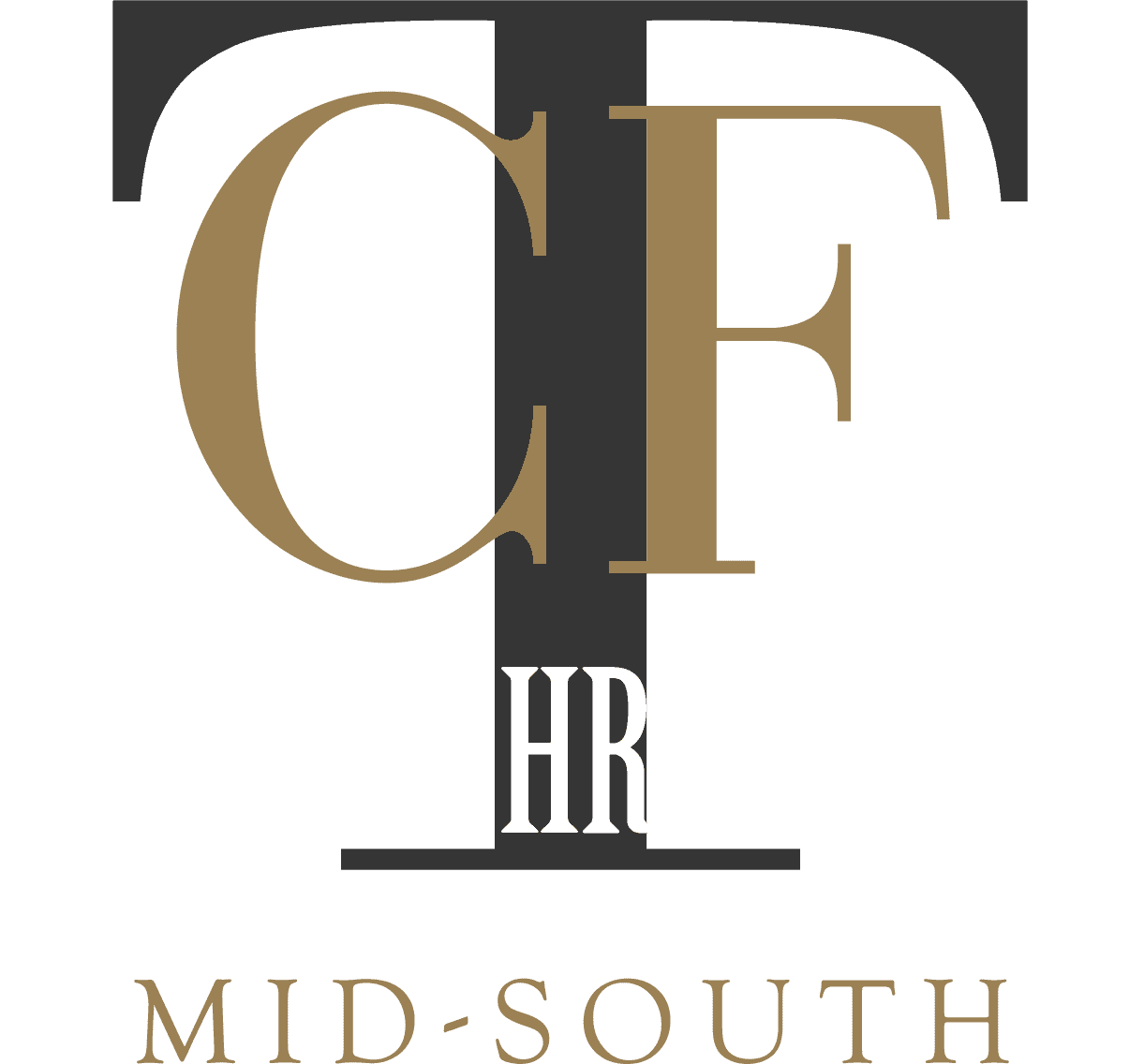