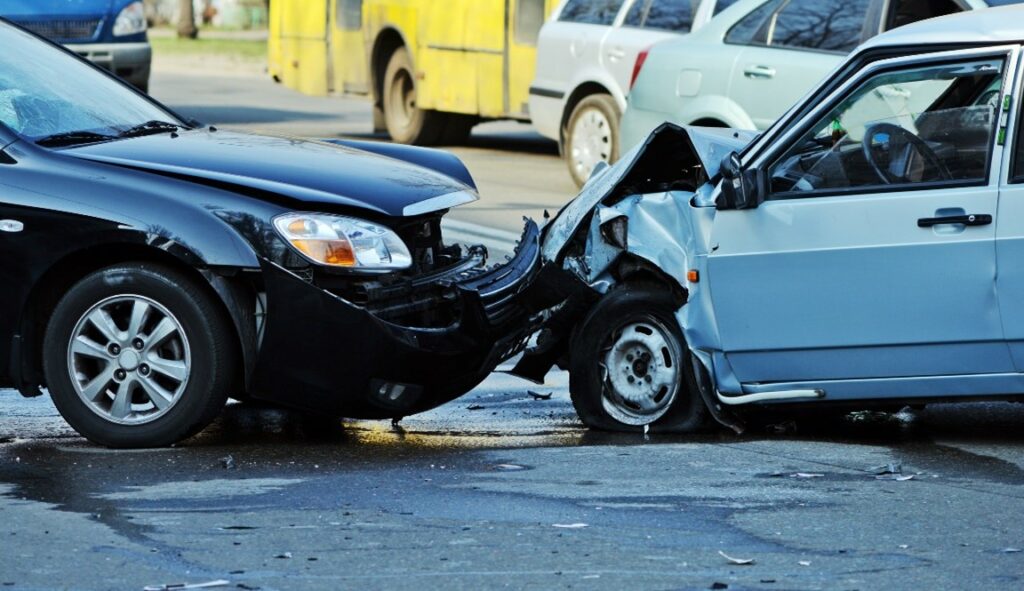 According to the National Highway Transportation Safety Administration, in 2018, there were 3,558,000 collisions where the initial point of impact was the front on the vehicle.  In fact, frontal impacts accounted for 63% of passenger vehicle occupant deaths.

Remember in a car crash there are some basic principles of physics you need to understand to help you survive the accident.  First, the amount of damage sustained in a car crash is determined by the energy your vehicle has at the moment of impact and the energy of the object you hit.  This is called kinetic energy.   If you stop suddenly by colliding with another vehicle head on, the amount of kinetic energy your car has left at that moment will determine the force of the impact.  The greater the kinetic energy the greater the severity of the crash.

The two factors that determine the kinetic energy of a moving vehicle are its weight and mass and the speed at which it is travelling.  When two cars collide head on, the vehicle with less kinetic energy will take the most damage.  Since kinetic energy depends on the speed and weight of the vehicle, a slower lighter car will be affected more than a faster heavier car.

Head on collisions can occur in several ways.  First, a passenger vehicle or truck may have a frontal impact with a stationary object like a tree or building.  Second, two vehicles may collide the frontal parts of their vehicles into each other. Head on collisions of the second type are the most deadly because the force of the impact is doubled due to the travelling speed of each vehicle.

For example, if two cars are both travelling at 25 m.p.h. when they collide head on, the force of the impact is the same as a 50 m.p.h. crash because the force is doubled by the speed of the vehicles.   If the head on collision occurs on the interstate at 55 m.p.h. for each car, the force is that of a 110 m.p.h. crash.