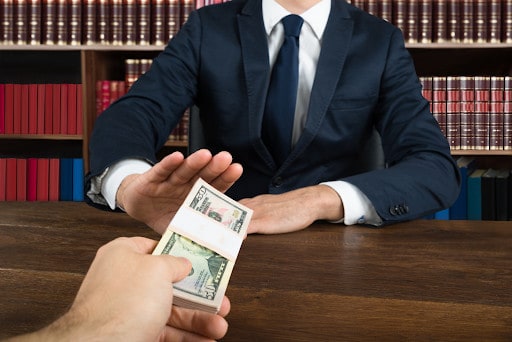 Settlement evaluations rely in large part on the party making them and the motives behind making them. For instance, if a defense lawyer is very concerned about losing a case because of the evidence he has discovered during the case, his evaluation might differ substantially than an evaluation that was undertaken before he started taking depositions. Similarly, the plaintiff's lawyer might be willing to recommend a lesser settlement amount to the client if it serious adverse evidence is developed against the patient.

When a defense lawyer is first assigned a case, most insurance companies and/or client require him to come up with a dollar figure that he believes the case is worth. The insurance company will then take that figure and set up what is called a reserve. A reserve is the setting aside of that amount of money in the event the case is lost. A good defense lawyer knows that his ability to get future cases from this client is largely measured by whether he stays within or under the reserve amount. Insurance companies in particular hate to modify its reserve amounts upward and have many procedures set up to make it difficult to do so.

A plaintiff's lawyer on the other hand is guided by what the applicable case law says that a case is worth for that type of injury and his client's actual losses. Some items of damages, like pain and suffering and mental anguish are subjective and can be hard to evaluate. It is difficult to tell a suffering person that their suffering is only worth X amount of dollars.

Since a trial bears major risks for both plaintiffs and defendants, settlement evaluations may change as the evidence in the case is developed. In fact, most defendants will not even ask for a settlement demand from a plaintiff's attorney until most of the discovery in the case is complete. Similarly, most plaintiff attorneys will not make a recommendation to their clients until the medical evidence and disability are determined by experts.