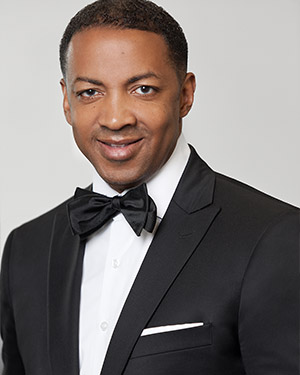 Brian McDaniel is a criminal defense attorney at the Cochran Law Firm.

Brian’s interest in criminal defense was born out of his awareness that individuals in his neighborhood had negative experiences with the criminal justice system. He saw how zealous representation is a critical part of the legal process, and he believes that without it, people are sometimes held accountable for things they didn’t do. He witnessed people receive punishments they didn’t deserve and grew up with a desire to help people who were facing criminal offenses.

Ultimately, Brian had a desire to participate in litigation and the legal process. This led him to choose practice areas that allowed him to fight for clients in a courtroom setting. He works by a philosophy that you can’t win if you don’t play, and he believes that if you desire a certain outcome, you have to be willing to go through whatever is necessary to achieve or obtain it. He applies this philosophy in the courtroom and in his practice, where he heads up an aggressive team of seasoned litigators who have great success in jury trials. His attorneys are willing to press the opposition to get the best results for their clients.

Over the past 15 years, Brian has been featured in a wide variety of media sources, including Washingtonian and The Baltimore Sun. He was interviewed by The Washington Post in connection with the acquittal of a Washington D.C. police offer charged with attempted first degree murder. His trial success rate is one of the highest in the area, and Brian and he and his team of attorneys have successfully defended several large-scale drug conspiracy cases and achieved not guilty verdicts in multiple conspiracy cases.

When Brian isn’t practicing law or being an active member in the Trial Lawyers Association of Washington, DC, he spends time with his wife and three daughters. He enjoys fishing for large-mouth bass in various waters, including the Potomac River. His success on the Woodrow Wilson High School Track team—he was 1987 state champion in the 100-meter dash—and his time spent on the Howard University School of Business track team have helped prepare him for a marathon he will participate in this October.