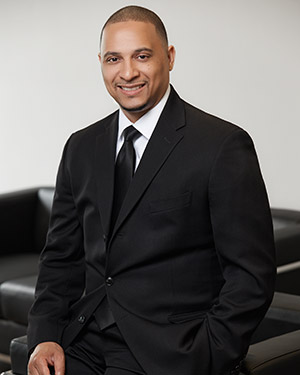 Mr. McDonald began his career as a law clerk to Eric T. Washington, chief judge of the District of Columbia Court of Appeals.  From there, he enhanced his skills as an advocate under the tutelage of the venerable attorney, Brian K. McDaniel.

Mr. McDonald has successfully tried approximately 100 cases to verdict.  He has represented over a thousand clients in numerous courts in the District of Columbia and Maryland in criminal and civil matters, both in trial and appellate courts.

While in law school, Mr. McDonald participated in DC Law Students in Court (now Rising for Justice), Social Justice Law Review, International Moot Court, was a fellow in the Marshall-Brennan Constitutional Literacy program, as well as a merit scholar.

He has volunteered with the 100 Attorneys Pro Bono Initiative to represent incarcerated persons in post-conviction matters.  Mr. McDonald also teaches a class on civil and criminal practice at City University of New York School of Law and has further taught trial practice at the Washington Council of Lawyers.

Mr. McDonald has been a member of the Montgomery County (MD) Charter Review Commission, the Wheaton Urban District Advisory Commission, and the Mid-County Citizens Advisory Board (Budget Committee Chairperson).

Mr. McDonald is a married father of four and an avid weekend basketball player.  He has coached youth football and soccer and tutored disadvantaged youth through the George B. Thomas Learning Academy.