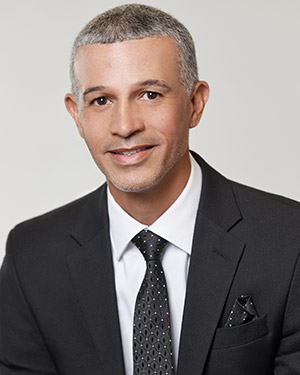 Craig L. Ricard began his legal career in private practice at the McDaniel Law Group.  While in law school, Mr. Ricard served as a law clerk to trial lawyer extraordinaire, Brian K. McDaniel, Esq.  He further prepared himself for private practice as a member of the Howard Law Criminal Justice Clinic where he began to try cases as a third-year law student.

Upon graduation, Mr. Ricard joined the McDaniel Law Group as a full-time associate.  At the McDaniel Law Group, he represented clients in personal injury, civil rights, and criminal matters in the District of Columbia and Maryland in federal and local courts.  Following his passion to represent indigent accused persons, Mr. Ricard also joined the Criminal Justice Act Panel at the Superior Court of the District of Columbia.  As a member of that panel, for more than ten years, Mr. Ricard represented the interest of over one thousand disadvantaged clients.

Mr. Ricard is admitted to practice in the District of Columbia and Maryland.