Counterfeit opioids lead to waves of overdoses in embattled communities 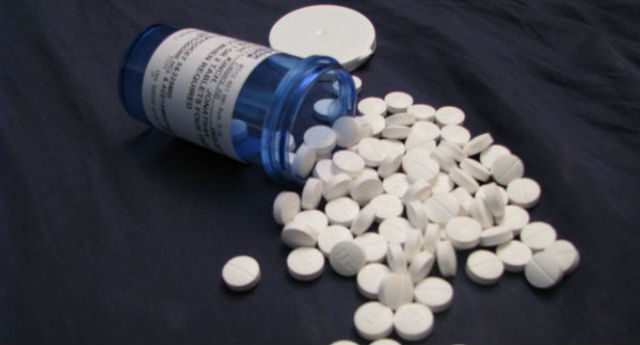 Communities battling the opioid epidemic are now struggling to deal with an influx of counterfeit opioid painkiller drugs coming from Mexico and China. Police in major cities have even found clandestine pill pressing operations capable of churning out hundreds of pills an hour that are almost indistinguishable from prescription medication.

Recently, police in Macon, Georgia were inundated with over two dozen overdoses over the course of 48-hours. Those victims reported taking what they thought was percocet but actually turned out to be a combination of illegal synthetic opioids the Drug Enforcement Agency (DEA) has linked to dozens of fatal overdoses.

Authorities analyzing the situation report that addicts buy prescription pills under the assumption the drugs are safer than heroin because the opioids are made in laboratories with strict quality control. Unfortunately, revelations like these reveal a brand new aspect to the opioid drug overdose many never thought possible.

Addiction begins with a prescription

Police departments across the country report seizures of all types of counterfeit prescription pills including Percocet, Xanax, and OxyContin. Many of those turning to street drugs, including heroin and fentanyl, do so to feed addiction habits developed after being prescribed powerful opioid painkiller drugs by doctors.

For many years, doctors were quite reserved about prescribing opioid medications to patients and dispersed the painkillers only to a select few who were either on a short term pain management regimen or were facing end of life care. Unfortunately, powerful drug companies used their influence to reshape the medical landscape and convinced doctors their opioid drugs were suitable to treat long term pain.

Companies like Purdue Pharma, the creator of Oxycontin, marketed the drug to doctors as a safe pain management drug that posed little risk of users developing dependency. Purdue even went as far as to represent OxyContin as an opioid that produced no high to the patient.

Sadly, claims from Purdue Pharma turned out to be far from the truth and while pharmaceutical companies made billions of dollars over the past two decades aggressively pushing their dangerous medications, tens of thousands have suffered. In just two years, over 50,000 people in the country have lost their lives to a drug overdose, many of whom developed their habits after being prescribed medication they had no idea could be so addictive.

As a law firm committed to protecting our communities and holding wrongdoers accountable for their actions, the painkiller drug overdose lawyers of The Cochran Firm, D.C. belive powerful drug companies need to be punished for their actions. Although nothing can undo the harm caused by addiction, families can still send a clear message to these companies that their deceptive marketing tactics must stop.

If your family lost a loved one to a drug overdose after he or she became addicted to opioid medication prescribed by a doctor, you may have legal rights to hold the drug company responsible. For a free and confidential consultation about your case, contact our office at 1-800-THE FIRM (843-3476) or fill out an online contact form.

At The Cochran Firm, D.C., we understand these are sensitive matters and our personal injury lawyers in Washington DC will work tirelessly to represent your family with dignity and respect as you heal from your loss. Let our attorneys help you get the justice you deserve.