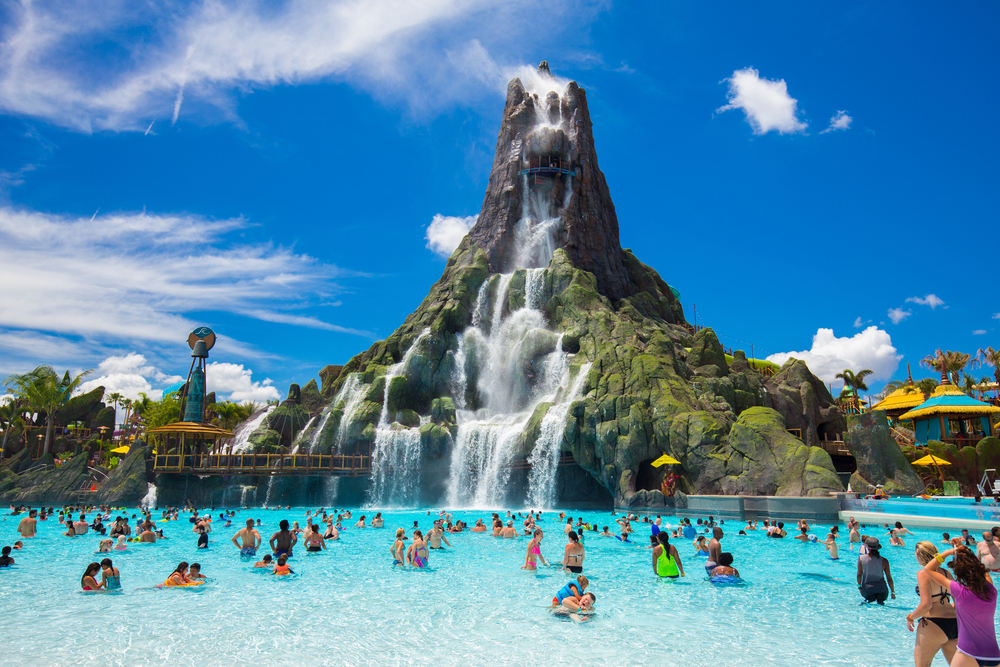 The father of a young girl who suffered a brain injury and nearly drowned at Universal Orlando Resort recently filed a personal injury lawsuit against the amusement park, alleging the business is responsible for the victim’s injuries. The claim names parent company NBCUniversal Media as the defendant and seeks compensation for the girl’s medical bills and ongoing pain and suffering as a result of the accident.

According to the personal injury lawsuit, filed in Orange Circuit Court, the young girl’s injury took place while riding on Universal’s Volcano Bay Maku Puihi Round Raft Rides in August 2017. The ride consists of a raft where six-people travel through dark caverns that gives the riders the sensation of being in zero gravity before they exit the tunnel and splash into a pool at the bottom.

The victim’s lawsuit claims she flipped off the raft as the craft reached the splash pool at the end of the ride. During the trauma, another passenger’s foot struck the victim in the head and she became pinned under the 200 lb raft. The victim was at serious risk of drowning until a lifeguard pulled her out from under the raft and out of the water. The lawsuit claims the victim may have lost consciousness during the ordeal and was unable to stand after she was pulled to safety.

The amusement park injury lawsuit claims the young victim, once a member of her school’s swim team, is now so traumatized by the accident that she insists she never wants to be around open water again. Sadly, this type of emotional distress is all too common among injury victims who survive nearly catastrophic accidents.

Often times, amusement park injuries could have been prevented if the property owners or their agents had taken steps to prevent foreseeable injuries and keep visitors safe. While we expect property owners to uphold their legal duty, many businesses continue to put innocent people at risk because of their indifference to public safety. When victims suffer harm due to the negligence of another, the law gives them the right to recover compensation for their lost wages, medical expenses, pain and suffering, and emotional distress.

Although The Cochran Firm, D.C. is not involved in this particular case, our dedicated Washington DC personal injury lawyers frequently represent the legal interests of victims who have suffered catastrophic injuries. Furthermore, our attorneys have secured several substantial verdicts and settlements on behalf of drowning victims and their families.

If you or a loved one suffered a serious injury at an amusement park, swimming pool, or other facility, contact our personal injury law firm for a free and confidential legal consultation about your case. Fill out an online contact form with the details of your case or call us anytime of day at 1-800-THE FIRM (843-3476) to speak to a legal representative.