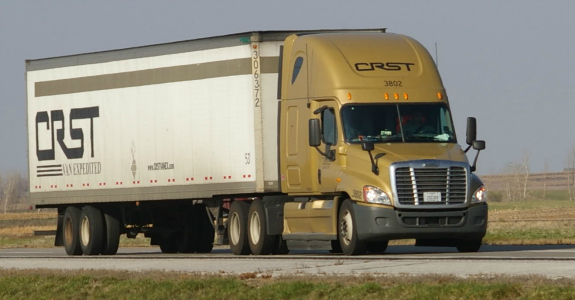 A California Highway Patrol trooper, his wife, and brother recently filed a personal injury lawsuit against a trucking company they say should be held responsible for the brother’s catastrophic injuries. The attorneys for the plaintiff seek $350 million in total compensation from CRST, Inc. and several other defendants to help pay for the victim’s medical bills, lost wages, and pain and suffering.

In July 2014, the plaintiffs claim they suffered traumatic brain injuries, broken bones, and permanent disabilities when a truck driver for CRST crossed over the centerline of traffic, striking the plaintiffs in their vehicle. As a result, the victims incurred huge medical bills and suffer from decreased earning potential.

The plaintiffs claim CRST acted negligently when it failed to investigate the truck driver’s long history of traffic infractions, arrest for drug use, and driving under the influence. Even worse, the suit claims the at-fault driver caused a pair of accidents just two weeks before the crash that seriously injured the plaintiffs but CRST did nothing to take its driver off the road.

Additionally, the claim alleges CRST was negligent for not putting a co-driver in the truck during the defendant’s 30-day probationary period, a violation of the company’s own policy for new drivers. If the allegations turn out to be true, the defendant’s indifference to public safety may result in a substantial award for the plaintiffs.

Employers owe a legal duty to properly screen out dangerous employees who can pose a risk to customers or the general public and must take steps to prevent foreseeable injuries. In this case, a reasonable person would expect the trucking company to conduct a background check on its drivers to look for moving violations, criminal activity, or intoxicated driving.

Furthermore, when employers become aware of an employee’s potentially dangerous behavior on the job the law expects the company to either retrain or terminate the individual. It is the employer’s duty to screen, hire, supervise, and ultimately terminate employees in order to ensure company agents do not harm innocent victims.

When commercial trucking companies fail to live up to their legal duty, the law gives victims recourse to file a lawsuit against trucking company for damages and hold wrongdoers accountable. Depending on the circumstances of the case, victims can recover for their economic losses, pain and suffering, and even punitive damages to punish especially egregious behavior and send a message to others that society will not tolerate such wanton behavior.

Although The Cochran Firm, D.C. is not involved in this particular case, our dedicated Washington, DC injury lawyers have years of experience filing claims against company’s employing dangerous workers. As a law firm committed to public safety and corporate accountability, The Cochran Firm, D.C. takes these cases very seriously and will work tireless to help our clients get the compensation they need to live with dignity.

If you or a loved one were seriously injured by a commercial vehicle, contact our office to discuss your case. The call is free, confidential, and there is no obligation for speaking to us. Let us get you and your family the justice and compensation you deserve.