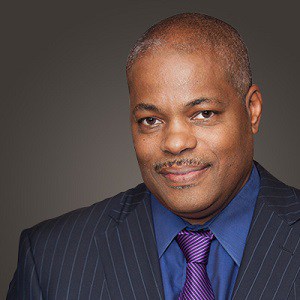 Derek Sells is the Managing Partner for The Cochran Firm’s New York office. He is an exceptional trial attorney, having achieved many successful results, including a damages trial verdict against The City of New York for $33.52 Million Dollar, a result featured in the Nation Law Journal’s Top 100 Verdicts of 2002.  A 1985 graduate of Dartmouth College and a 1988 Yale Law School graduate, Derek began his legal career at the prestigious Washington, D.C. firm of Wilmer, Cutler & Pickering. He then joined the Washington, D.C. Public Defender Service, rising to a senior trial attorney.  In 1995, Derek joined New York’s Schneider Kleinick Weitz Damashek & Shoot, later known as The Cochran Firm, Schneider Kleinick Weitz Damashek & Shoot, as a trial attorney. In May 2002, Derek became Managing Partner of The Cochran Firm. He has since amassed an extraordinary number of Million Dollar verdicts and settlements, exceeding a total of $100 Million Dollars. Derek has taught trial advocacy at various seminars, including those sponsored by the New York State Trial lawyers Association, the New York State Bar Association and Harvard Law School. He is a member of the New York and Washington, D.C. bars.  Derek was selected as 2010 New York Super Lawyers for personal injury plaintiff – general. Only 5% of lawyers in the state of New York are chosen for this honor each year. The multi - phase, selection process for this recognition includes a statewide survey of lawyers, an independent evaluation of candidates by the attorney - led, research staff at Super Lawyers, a peer review of candidates by practice area, and a good - standing and disciplinary check.