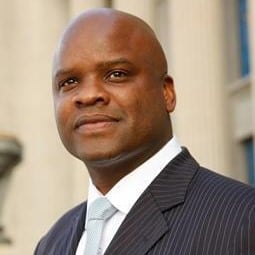 James Carter is an accomplished attorney, educator, statesman, and author. He is the Managing Partner of The Cochran Firm Trials and Mass Torts and has dedicated his life to uplifting others. He often states that he could never thank God enough for his parents who gave him a solid foundation. Mr. Carter has tried to verdict, settled, and been associated with multiple high-value cases ranging from $1,000,000.00 to more than $70,000,000.00. His skillfully aggressive approach to the civil jury trial world gained him elite memberships into the Million Dollar Advocates Forum and Multi-Million Dollar Advocates Forum. Operating regularly as lead trial counsel when there are millions of dollars on the line, law firms throughout the United States hire Mr. Carter to try cases with their teams. For his accomplishments as an attorney and public servant, Grambling State University awarded him an Honorary Doctor of Laws. Mr. Carter is admitted to practice in all Louisiana state courts, all Louisiana United States District Courts, the United States Fifth Circuit Court of Appeals as well as the United States Supreme Court. He is a member of the Louisiana Bar Association, Louisiana Association for Justice Board of Governors, The National Trial Lawyers Top 100, The National Black Lawyers Top 100 and Mass Tort Top 25 Trial Lawyers. He received a prized certification in Mass Tort Multi-District Litigation from the Bolch Judicial Institute at Duke University School of Law. Advancing quality education is an important part of James Carter’s life. He is a Civil Trial Litigation Adjunct Professor at Howard University School of Law and sits on its Board of Visitors. In fact, the great Johnnie Cochran’s inspirational book titled A Lawyer’s Life is required reading for the Developing a High-End Civil Trial Practice course Mr. Carter teaches. He also served as an Adjunct Trial Advocacy Professor at the Tulane University School of Law. He serves as faculty for the National Institute for Trial Advocacy and the National Bar Association-Civil Trial Advocacy Boot Camp Program. Mr. Carter is Vice-Chairman of the University of Louisiana System Board of Supervisors (ULS)-the body that provides policy guidance and fiscal oversight for nine public universities in Louisiana. One of his crowning achievements on the ULS board is the establishment of the Reginald F. Lewis Educational Equity Initiative. He is a participant in a multi-year study of leadership in divided communities at the University of Oxford (Oxford, England) Centre for the Resolution of Intractable Conflict. Mr. Carter has lectured in Europe, Canada, Panama, Jamaica and across the United States. He participated in the government of France’s Foreign Visitors Program to foster cultural understanding. After the devastation of Hurricane Katrina on August 29, 2005, he chose to take part in the rebuilding of his beloved community and city. He was elected as the second African American to serve as a New Orleans City Councilman in District C and on the first New Orleans City Council seated after the storm in 2006. As Chairman of the newly created City Council Criminal Justice Committee, he played the lead legislative criminal justice reform role in establishing the first City Charter mandated Division of the Independent Police Monitor (IPM). The IPM was created to protect citizens from police brutality and misconduct. He also ushered in the VERA Institute of Justice alternatives to incarceration initiative, Ceasefire program, Court Watch NOLA and legal protections for the Mardi Gras Indian Culture.

From 2010 to 2012, James Carter had the honor to serve as a Fellow with the VERA Institute of Justice. Due to his exceptional reputation for implementing progressive criminal justice reform, in 2011, he was selected to serve as the first African-American Criminal Justice Commissioner in New Orleans’ history. Mr. Carter’s visionary criminal justice leadership is credited with positively transforming the justice system in New Orleans and materially causing sustained reductions in the murder rate. Mr. Carter is a philanthropist who gives so much to so many and donates his time to important causes. More recently, he established an endowed scholarship fund to benefit students who aspire to become lawyers. He also serves on the boards of the Multi-Cultural Media Correspondents Association, Common Good New Orleans and the internationally renowned New Orleans Center for the Creative Arts, where he studied Theater. Moreover, Mr. Carter has served on the boards of the Urban League of New Orleans, Family Services of Greater New Orleans, Louisiana Endowment for the Humanities, Second Harvest Food Bank and Greater New Orleans, Inc. James Carter has received multiple accolades and honors. He was given the VERA Institute Justice Award in 2009, Leadership Award-Bureau of Consular Affairs, Crime Coalition Distinguished Leadership Proclamation, Institute for Social Justice Award, Juvenile Justice Project of Louisiana Award, Ebonetworks Changing Faces Award, and the French Quarter Business Women-Darling Heart Award. In 2012 and 2016, New Orleans City Business Magazine recognized James Carter as a Leader in Law. Moreover, his historic alma mater McDonough #35 College Preparatory Senior High School inducted him into its Wall of Fame. James is married to Rene Carter who was recognized in 2016 by the Louisiana Department of Education as the Middle School Principal of the Year. They have one child, Brice Carter.