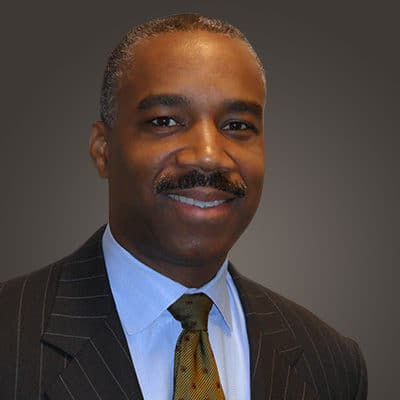 Rudyard F. Whyte directs The Cochran Firm’s Immigration Department.  His practice focuses on civil litigation with a concentration in the areas of personal injury, immigration and naturalization.  The London-born attorney received his undergraduate degree from Brooklyn College of the City Univesity of New York and his law degree from Georgetown University.  He began his legal career in 1984 as New York City Corporation Counsel.   He is admitted to practice in all New York and New Jersey State Courts, as well as the U.S. District Court, Southern and Eastern Districts of New York and the U.S. District Court for the District of New Jersey.  He is a member of the New York State Bar Association, the American Bar Association, the Metropolitan Black Bar Association, the Bronx Black Bar Association and the New York State Trial Lawyers Association.   Mr. Whyte has tried cases on behalf of his clients for numerous personal injury claims.  In 2004 he obtained, on behalf of his clients, the two highest verdicts in New York in Lead Paint cases.