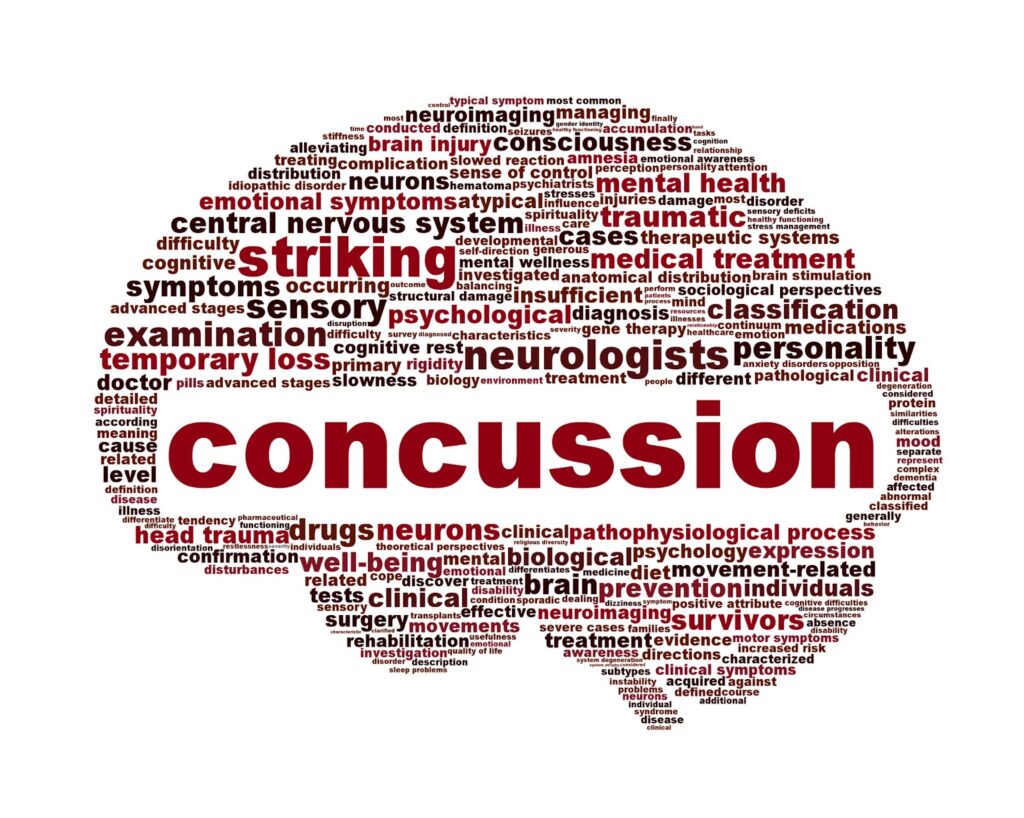 A person does not need to suffer a loss of consciousness in order to sustain a concussion.  The head trauma may simply cause the person to become “dazed” or confused. Although concussions are not life-threatening, they can cause both short term and long-term permanent problems.

The medical literature describes concussions as a mild traumatic brain injury.  Symptoms may include any one or more of the following: nausea or vomiting, headache, confusion, loss of consciousness, blurred vision, loss of short-term memory, perseverating (repeating the same thing over and over).

If a person suffers loss of consciousness with a concussion, a CT scan may be ordered by the treating physician to determine if the brain shows signs of contusions or bleeding at the site of impact.  Generally, treatment consists of physical and cognitive observation and rest.  Medications may be prescribed to treat sleep problems and analgesics such as ibuprofen can be taken for headaches.

Most concussions fully resolve within a few hours.  However, some people may require a few weeks to recover.  Since the brain is more sensitive to damage when it is concussed, repeated injuries (like in sports) should be avoided.  Additionally, studies have shown that even after the brain has recovered fully from a concussion, repeated concussions over time can cause permanent and ongoing serious brain injury.  This has been recently demonstrated in sports with NFL and NHL players who have suffered cumulative damage from repeated concussions  that lead to a condition called chronic traumatic encephalopathy.