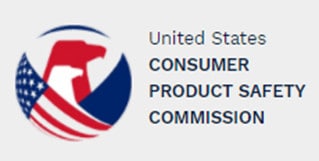 According to the Consumer Product Safety Commission (CPSC) there are approximately 34,500 deaths and 36 million injuries caused each year by defective consumer products. These losses cost an estimated $1 Trillion in societal costs annually.

The CPSC defines a Consumer Product as:

The CPSC has control over approximately 15,000 products ranging from toys to electronics, to off-road vehicles to bike helmets. Consumer products which are EXCLUDED from the jurisdiction of the CPSC include:

The CPSC issues approximately 400 product recalls each year, including many products in child care settings. The CPSC begins looking into products after companies or consumers report issues. Then the CPSC compliance staff make a determination as to whether a recall would be necessary. Around half of the reports result in a recall.

For instance, in 2016 IKEA recalled 29 million dressers after 4 children died when they fell over. Approximately less than 500,000 consumers either received a refund or wrote to IKEA to receive special screws to anchor the dresser to the wall.

Once a recall is issued, companies are required to pull the product from their shelves, but can still be financially liable.

The CPSC also examines approximately 8,000 shipments/imports annually. Section 222 of the Consumer Product Safety Improvement Act of 2008 (CPSIA) requires the U.S. Consumer Product Safety Commisssion (CPSC) to formulate a Risk Assessment Methodology (RAM) to identify products imported into the United States that are most likely to violate the consumer product safety statutes and regulations enforced by the commission. The stated benefits of the RAM are:

· Saving Lives and Preventing Injuries- The CPSC estimates that the RAM would save 20 lives and 23,000 injuries annually that occur as a direct result of defective imported consumer products.

· Reduction in Recalls – The CPSC believes it can reduce the number of recalls relating to imported defective consumer products by targeting high risk cargo which will be stopped at ports of entry.

Since early 2008, the CPSC has established an Import Surveillance Division which resulted in the agency staffing selected ports of entry. Currently, 19 CPSC port investigators are stationed at 15 of the largest U.S. ports. CPSC’s import team allows it to inspect approximately 8,000 products per year. From those inspections, approximately 1,750 products are withheld. Since its inception in 2008 through 2011, the CPSC’s Office of Import Surveillance has prevented more than 13 million units of non-compliant products from entering the United States.

The attorneys at the Cochran Firm New Orleans have decades of experience handling consumer products injury and death cases. These matters often require a unique understanding of the products involved and the resources to hire top experts to test and evaluate those products.