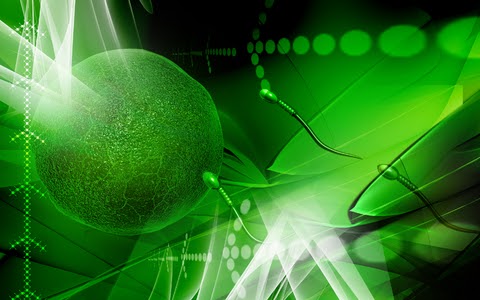 Summary: A pregnancy outside of the Uterine cavity is called an Ectopic pregnancy. It usually occurs in the Fallopian tube because the fertilized egg is trapped there by partial obstructions or sluggish motility, caused by previous injury to the tube or hormonal imbalance. The patient may have abdominal or pelvic pain, aberrant menstrual pattern, and vaginal bleeding. Risk factors, history and physical exam and suspicion are the useful tools to suggest the diagnosis. It’s confirmed with pregnancy blood tests, Ultra-Sound, and Laproscopy. Treatment is directed at early diagnosis to avoid hemodynamic instability from rupture and bleeding. Surgery or Medicine may be used to terminate the pregnancy and protect the Fallopian tube.

A normal pregnancy if characterized by the fertilized egg traveling from the Ovary down the fallopian tube to the Uterus, where, it implants itself and grows. In approximately 2 % of all pregnancies, the fertilized egg attaches itself to an area outside of the uterus, such as the abdominal cavity, the fallopian tube, the Ovary, or even the cervix. This is referred to as a tubal pregnancy, an extra uterine pregnancy or an Ectopic pregnancy.

If the fertilized egg implants itself in any area other than the Uterus, it cannot survive. This ensures that the fetus will die, and places the pregnant women at great risk of dying, herself, if not immediately attended to. This condition is the leading cause of maternal death in the first trimester of pregnancy, usually from a fallopian tube rupture associated with excessive bleeding into the abdominal cavity. Additionally, an Ectopic pregnancy may damage the fallopian tube, which can impair a women’s ability to become pregnant in the future. It occurs most frequently in women from 35 to 44 yrs. of age. Seven to thirteen percent  of those who sustain an Ectopic pregnancy will remain infertile.

Ninety-nine percent of the Ectopic pregnancies occur in one of the fallopian tubes. Only 1 % occur in the abdominal cavity.

Women, who are at risk for having an Ectopic pregnancy include the following:

1.) Having a history of a previous Ectopic pregnancy.

2.) Having a history of Pelvic Inflammatory disease-Fallopian tube scarring from this disease process may make It difficult for the fertilized egg to negotiate the passage down the tube to the Uterus, setting the stage for a Fallopian Tube Pregnancy.

7.) Being born to a mother, who took DES (diethyl-

If the mucosal lining of the Fallopian tube is disrupted by inflammation, infection or trauma, then the resulting scar tissue will impede the fertilized egg from traversing the tube into the Uterus. Tubal diverticula’s may trap the egg. Since the egg is propelled by myo-electric forces, which are governed by hormones, many fertility hormonal manipulations may predispose the egg to traverse the Fallopian tube in a less then expeditious fashion. This could be the etiology in women approaching menopause. Therefore, with either diminished pulsation or impediments in its traverse, the fertilized egg will, perforce, become trapped in the Fallopian tube and attempt to take up residence in this less than favorable environment. It’s will outgrow this domicile and rupture, often involving the blood vessels, and unrestrained hemorrhage will ensue resulting in the individual exsanguinations.

The “classic ectopic triad” of abdominal or pelvic pain, cessation of the usual menstrual pattern (amenorrhea) and vaginal spotting or bleeding occurs in 50% of the cases. This usually occurs once the Ectopic mass had ruptured. Nowadays, people present to the Emergency Room earlier, and than they may be relatively asymptomatic. They may complain only of abnormal menses pattern, and a perception of a spontaneous pregnancy loss. Or their abdominal pain may be atypical.

Physical examination may elicit exquisite tenderness of the abdomen on abdominal and vaginal examination, especially on motion of the cervix. Before rupture, this tenderness may not be present. There may be a palpable pelvic mass posterior or lateral to the uterus, which may be mildly enlarged. However, the patient may be too tender and in too much pain to perform a thorough exam.

So a healthy suspicion, bolstered by a history of someone, who is at risk of an Ectopic pregnancy is often necessary. There is no pathognomonic (irrefutable) pain for the diagnosis of Ectopic pregnancy. Only 50% will be diagnosed by history and physical alone.

Nowadays, once suspected by the history and physical examination, with the high sensitivity and specificity of radioimmunological assay of beta-HCG (to determine the presence of pregnancy) and the availability of high resolution sonography using vaginal probes, the diagnosis of Ectopic pregnancies has improved considerably.

The major ultrasound signs of it’s presence are Uterine vacuity, peritoneal liquid and latero-uterine masses. The beta-HCG is accurate above 1,500 to 2,000UI/L. The diagnosis can be uncertain below the discriminative zone mentioned above. Other laboratory markers, suggestive of pregnancy, are progesterone, creatine kinas, VEGF and CA 125. With the doubling time of the quantity of bHCG constant for the first 6 to 8 wks. of gestation, it’s possible to differentiate between an Ectopic pregnancy and an Intrauterine pregnancy by several methods.

Uterine curettage may be attempted when a pregnancy has been confirmed, but the location has not been confirmed by ultrasonography. Once tissue is removed from the uterine cavity, it must be tested to confirm the presence of Chorionic villi, from a budding placenta. This can be done in the operating suite by adding the tissue to saline, where it characteristically floats, in contradistinction to decidual tissue (normal uterine lining) will sink. The Chorionic villi are also identifiable by their characteristic lacy frond appearance. A dissecting microscope is often then used for this purpose. Or alternately, a frozen section may be submitted for identification. If the patient can be followed without fear of impending fallopian tube rupture, serial bHCG levels can be followed and will decrease by >15% within 12 to 24 hrs. If not, or the levels plateau or continue to rise--the rush is on to identify the presence of extra uterine trophoblastic tissue.

The main thrust in diagnosing an Ectopic pregnancy is to achieve Hemostasis (cessation of any bleeding). Then, attention is turned to the fallopian tube, in the hopes of terminating the pregnancy, before there is any rupture or irreparable damage. Such damage could lessen the chances of future Intrauterine pregnancies, while enhancing the possibility of recurrent Ectopic pregnancies. If the patient is hemodynamically unstable, surgery should be done immediately.

Traditionally, it was Surgery, which was the treatment of choice. Surgical excision of a tubular ectopic pregnancy is done by

laparoscope’s, nowadays, in preference to laparotomy, which is reserved for hemoperitoneum (hemorrhage). Laparoscopy is the gold standard for the diagnosis of ectopic pregnancy. Generally, the fallopian tubes are easily recognized  and any distortion, as by a gestational mass, identified. Then the lesion can be removed through several small openings in the stomach wall, facilitating early healing.

Recently, medical management of uncomplicated Ectopic Pregnancies has become popular. Methotrexate, an anticancer drug, which will stop the growth of placental cells has been used to cause death of the ectopic growth. This results in a miscarriage. However, it must be monitored with rigorous surveillance.

Because some women spontaneously absorb the Ectopic pregnancy, closely following the patient with ultrasounds and serial bHCG studies may be attempted with occasional success.