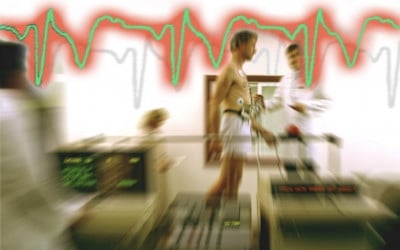 The following Case Studies are from actual cases handled by The Cochran Firm - Metairie attorneys.

A 45 year old white female began to experience mid-sternal “sharp” chest pain that radiated into both arms.   She took a family member’s (her father’s) nitroglycerin tablet without obtaining any pain relief.  She was emergently taken by ambulance to hospital, and arrived in the emergency room at approximately 11:21 p.m.  Significantly, the ambulance records reflect that patient’s chief complaint was mid-sternal chest pain which radiated into her arms and had not been relieved by her taking nitroglycerin given to her by her father.  Upon arrival at the emergency room, the triage nurse also specifically noted that patient’s chief complaint was “Chest Pain- midsternal radiating to both arms, onset 20:00”. The triage nurse recorded that the pain rated a “10” on a severity scale of 1-10.   The emergency room record also reflected that patient had taken 2 nitroglycerin tablets and 4 baby aspirin without relief.  Her blood pressure was recorded at 142/82, pulse 85 respirations 21.

According to her past medical history, patient was a smoker, she was obese, weighing 160 lbs, had a history of hypertension.  She was also a type II diabetic.  Her father also had a history of heart trouble, which was the source of her obtaining the nitroglycerin tablets.  Dr. saw patient for the first time at approximately 23:45 and ordered blood drawn, including cardiac enzymes and a single EKG.  Dr. recorded that patient had a history of “epigastric pain and sternal area sharp pleuritic chest pain.  Around 22:00 epigastric pain resolved, but not the chest pain.”

The ECG was read as “non specific ST and T wave abnormality, abnormal ECG.”  The blood work, specifically the cardiac enzymes, were essentially normal.  Patient was given a GI cocktail and discharged from the hospital emergency room at approximately 01:10 on the early morning of February 8, less than 2 hours after she arrived. No serial EKG’s or serial cardiac enzyme studies were ever ordered or performed at Dr.’s request. She was not admitted to the hospital for cardiac consultation and no cardiologist was consulted during her evaluation in the emergency room.

At approximately 10:00 a.m. on February 8, patient was found in the hallway of her residence unconscious and in V-Fib.  An ambulance was called and she was shocked multiple times while being emergently transported back to the emergency room of hospital where she was diagnosed with an anterolateral infarct.  She was treated in the cardiac catheterization lab for coronary artery disease.  She suffered severe hypoxic encephalopathy and remained unresponsive until her death on March 9.  The causes of death listed on the death certificate are:  Hypoxic encephalopathy, ventricular fibrillation, acute myocardial infarction.

Defendants breached the standard of care in their treatment of patient by committing the following acts and omissions, all of which constitute negligence and wrongful conduct for which defendants are liable:

5.                  According to Dr., the nurses and/or other employees of hospital failed to provide Dr. with medical information about patient, which Dr. says would have changed his treatment of patient.