How Does My Case Proceed At Trial? 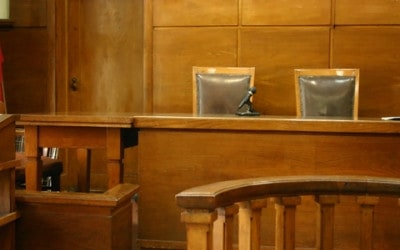 Many parties to litigation experience much anxiety and distress over the thought of proceeding to trial. However, trial is the one chance to tell your story to an objective group of individuals who will decide the outcome of the case. Often, if the parties understand how the case will proceed during a trial, much of their concerns can be allieviated.

The first step of a jury trial is to pick the jury. This process is referred to as Voir Dire. Although different jurisdictions may have slightly different rules to conduct Voir Dire, the basic process is the same. A group of potential jurors is brought into the courtroom. The judge asks the entire group certain basic background questions, including their names, addresses, and occupations.

Then twelve potential jurors are called (either at random, or in the order in which they are sitting), from the group sitting in the courtroom. The lawyers are then allowed to question these twelve jurors more extensively. After this questioning, the lawyers go to the judge and strike or eliminate undesirable jurors. Depending on the total number of jurors sought (usually 12) and the jurisdiction, each side may get 6 chances to eliminate jurors for any reason whatsoever. If one side feels that a juror is biased, they can ask the judge to eliminate the juror for cause. The judge has the sole discretion as to whether a juror gets eliminated for cause. There is no limit to cause challenges that at side can make.

Then, depending on how many jurors remain, more names are called from the overall group and the process repeats itself until twelve jurors are chosen.

After Voir Dire, the next step is the opening statements. The court will instruct the jury that opening and closing statements are merely arguments of counsel and do not constitute evidence upon which a verdict can be based. Each side usually gets allotted a certain amount of time for opening statement (an hour each).

Following closing arguments, the judge will read the instructions to the jury. These instructions tell the jury the rules for deciding the case and the applicable law which they must apply to the evidence presented. This usually takes about an hour to instruct the jury. Immediately after the jury instructions, the jury will retire to the jury room to begin their deliberations. The first step in beginning the deliberations will involve the jury selecting a foreperson to head the jury.

Once the jury reaches a verdict, the parties are called into the courtroom where the verdict is read aloud. The jury verdict consists of a form of questions which the jury has answered. It includes amounts for damages if the jury finds for the plaintiff. The verdict form is signed by the foreperson. After the reading of the verdict, either party has the right to ask the judge to "poll" the jury. This means that the judge will ask each juror individually if he agreed with the verdict of the jury.

In a civil case which consists of twelve jurors, a verdict can be rendered when nine of the twelve agree. After the polling, the jury is dismissed. Most courts allow the lawyers to talk to the jurors (if the jurors choose to do so), to get a better idea about what evidence the jury found persuasive.