How Does The Appeals Process Work? 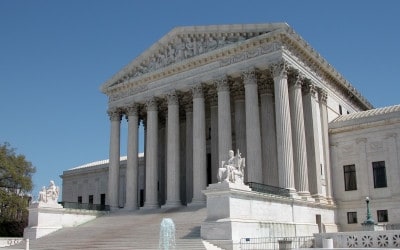 When the judge or jury decides the case in favor of one party and against another party, either one has the right to ask the judge to reconsider the decision.  If a party chooses not to ask the judge to reconsider the ruling, it may also appeal the decision of the judge or jury to a higher court.  Generally, this appeal is made to an intermediate Court of Appeals.  The state's Supreme Court has the final say so in all cases, but may decide not to hear any particular case.  The United States Supreme Court only has jurisdiction to hear state cases which relate to the U.S. constitutional rights of a citizen.  This is usually applicable in criminal cases.  Most state court civil cases cannot be appealed to the United States Supreme Court.

There are specific procedural rules governing reconsideration of a case by a judge or an appeal by any party to the Court of Appeals or the Supreme Court.  These rules set forth specific deadlines by which a request to review a judgment or file an appeal must be made. Moreover, there are specific rules and guidelines about what issues Courts of Appeal may consider and the standard they must apply when reviewing cases.  For instance, a Court of Appeal may review alleged errors in the application of a law without giving any deference to the lower court.  On the other hand, a Court of Appeals can only reverse a factual finding of a judge or jury if it is manifestly erroneous.  In other words, the Court of Appeal must give great deference to the judge or jury, even if it disagrees with those factual findings.

The majority of decisions which are appealed are affirmed by the Court of Appeals.  A smaller percentage of decisions are partially affirmed and partially reversed.  An even smaller percentage of decisions are reversed in their entirety.  Of those that are reversed, the Court of Appeals usually orders a new trial of the case, although they do have the authority to render their own decision based on the facts and law presented at trial.