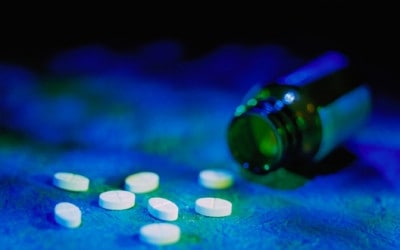 Primary Care Physician Does Not Examine Patient; Prescribes Meds which Cause Death

On February 5, a 26 year old mother of three, presented to the office of her family physician, with complaints of continued nausea and a history that she had vomited throughout the previous day. Significantly, Dr. admittedly failed to get a complete history, examine his patient or record any vital signs whatsoever.

The only thing Dr. did for Patient was to give her an injection of Vistaril, 50mg, and give her three prescriptions of medication: Keflex, 500 mg, Vicodin, and Vistaril. However, much of the chart was not readable in English because Dr. records much of his information in French.

Following her visit to Dr., Patient had her prescriptions filled and returned home where she rested. However, her illness gradually became worse until on February 7,  her relatives felt she looked so ill that they called 911. An ambulance was dispatched to her house and she was rushed to Hospital. She presented to the emergency room in cardiac arrest with no spontaneous respirations. She had been intubated in route and had received Epi and Atropine prior to her arrival.

Upon arrival to the emergency room, a central line was inserted and medication was given through it. The monitor showed a wide complex tachycardia which degenerated to ventricular fibrillation. She was shocked multiple times and no heart sounds were heard. An echocardiogram was performed at the bedside which showed no mechanical activity in the presence of a rhythm. No tamponade was noted. Cardiac resuscitation was unsuccessful and Patient expired at approximately 3:17 p.m. on 2/7.

An autopsy was performed on 2/8/The death certificate confirms that Patient died from Multiple organ failure, DIC and sepsis. The autopsy report concluded:

Perhaps even more significant, there is absolutely no evidence or suggestion that Patient either intentionally or accidentally overdosed on the medication prescribed by Dr. In fact, according to the family and the EMT’s, the pill bottles taken from the scene had the appropriate number of pills remaining in the bottles.

Standard of Care required primary care physician to examine patient and get vital signs prior to making a diagnosis or prescribing medications which may or may not have been indicated.