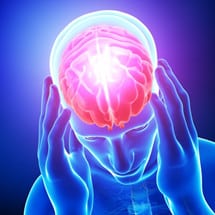 Most people who experience an MTBI, especially those on the milder end of the definition, should experience a full recovery within 3 months of suffering an MTBI. However, it is incorrect to assume that MTBI’s cannot cause permanent brain damage.  MTBI is a highly individualized injury and some people have long-term problems.

When a person does not recover quickly from a MTBI, healthcare providers become very concerned about the possibility of a persistent post-concussion syndrome (PPCS).  Medical literature also reports that patients with mild traumatic brain injuries can have adverse long-term neuropsychological outcomes on subtle aspects of complex attention and working memory.

Moreover, with advancement in neuroimaging, the scientific community has discovered that traditional definitions of complicated (lesions showing on CT or MRI) vs. uncomplicated (no lesions on CT or MRI) are no longer valid.   Medical literature reports that diffuse axonal injury has been found in what was thought to be uncomplicated MTBI.  Diffusion Tensor Imaging has detected sites of injury not demonstrated on conventional MRI or CT scans.

In fact, in one study, DTI was able to objectively demonstrate abnormalities in patients with MTBI with previously proven cognitive impairment,  but without any detectable lesions on CT or MRI.  Thus, what was once thought of as uncomplicated MTBI  may now be proved to be a complicated MTBI  by virtue of more advanced imaging studies like DTI.

Other studies have conclusively demonstrated that patients with MTBI had progressive, global cerebral atrophy despite the fact that initial imaging failed to show pathology or revealed only discrete findings. Accordingly, patients with MTBI may in fact have suffered a more serious TBI in the form of a diffuse axonal injury that does not show up on initial CT or MRI imaging which may account for continued symptoms and cognitive deficits.