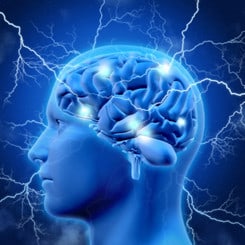 Neuropsychology is a sub-specialty of clinical psychology that specializes in the assessment and treatment of the structures and functions of the brain as it relates to specific psychological processes.  This is accomplished through a battery of tests and a detailed interview with the patient.

1. Intelligence – In a clinical setting intelligence may be impaired so estimates are required for comparison.  Premorbid- or preinjury estimates can be made through several methods and help estimate cognitive damage;

3. Language-The testing of language functions include speech, reading, and writing to determine if impairment is present;

5. Visuospatial –This covers the areas of visual perception, visual construction and visual integration; these areas are carried out in large part by the parietal lobe of the brain;

In the forensic setting, such as when litigation is involved, the same cognitive impairments shown on the neuropsychological testing of both the plaintiff and defense often yield different opinions and conclusions as to the cause or origin of the test results.  Defense neuropsychologists are quick to attribute any impaired test results to preexisting or underlying psychological conditions of the patient instead of organic brain damage caused by a TBI.