What are “No Zone” Areas of a Truck and Why is it Dangerous for Autos? 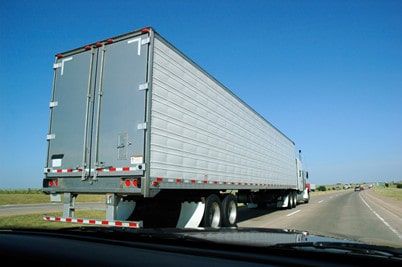 The “No Zone” represents the areas around a truck where crashes are more likely to occur.  One-third of all crashes between large trucks and cars takes place in the “No Zone.”  This accounts for approximately 30,500 yearly personal injuries caused by these no zone crashes.    Thus, it is important that passenger vehicles be aware of the dangers of a truck’s “No Zones.”

The “No Zone” are areas around the truck where the truck cannot see vehicles with their large mirrors.  They are the blind spots of trucks.  And many truck drivers may not even be aware of the size of their truck’s blind spots. And these “No Zones” can be even more dangerous in wet conditions where the spray from the water on the road can further impede visibility.

Some of these ‘No Zones” or blind spots can be so large that a  passenger vehicle virtually disappears from the truck driver’s view.  These danger areas are located on the side no zone, the rear no zone and the front no zone of the truck. Many trucks have decals on the back of the rig which tell motorists about the identity of the no zones.  They also caution drivers who pass trucks on the right to be aware that the truck makes wide right turns.

The rear no zone can be particularly dangerous because cars can slide under the rear of a large truck causing catastrophic damage and injury.  Cars can also crash as a result of debris that gets kicked up by its tires and mud flaps and flung onto a vehicle following the truck.  Trucks also have little to no visibility of their rear trailer, thus causing potentially dangerous situations.

Remember, trucks weigh 20-30 times more than a car.  Their braking systems are not the same as in cars and it takes big rigs much longer to stop their large rigs than for a car to stop.  Making sudden moves around trucks can cause major accidents since trucks cannot maneuver or stop as quickly as autos.  This dangerous situation can be made a lot worse if the truck does not have its brakes properly adjusted or is traveling on worn tires or with a tired driver.