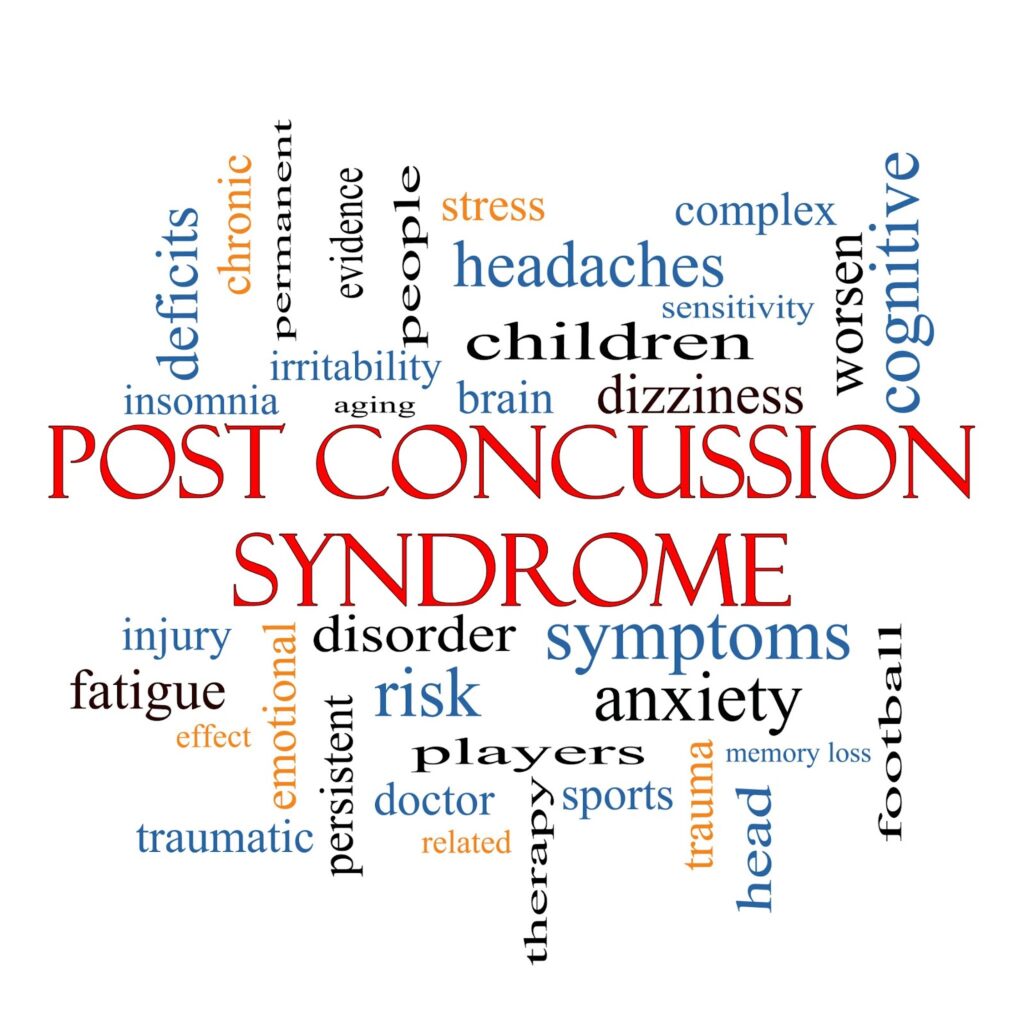 Persistent Post-Concussive Syndrome (PPCS) is a term given when a patient who suffers from what is believed to be a mild traumatic brain injury like a concussion and has symptoms that persist for more than three months after the date of the concussion.  Loss of consciousness is not required for a diagnosis of PPCS.   Symptoms of impaired attention, memory and executive function along with changes in emotional regulation dominate the clinical picture of PPCS.

Although there is a divergence of opinion on exact rates, most studies report that about 15% of individuals with a history of a single concussion develop persistent symptoms.  Although it is no known exactly what causes PPCS, medical literature reports that post-concussion symptoms are caused by structural damage to the brain resulting from the mild traumatic brain injury.

Neuroimaging studies like diffusion tensor imaging have demonstrated structural defects in patients diagnosed with PPCS where their initial imaging (CT or MRI) did not reveal any lesions or defects.  Prior to the development of DTI, PPCS was written off as related to common pre-existing psychological factors that were unrelated to any structural brain injury.  To some extent today, this has created a controversy among neuropsychologists with defense hired experts on the side of PPCS not being a structural problem but a psychological one, and patient experts on the side of structural damage.

Confusion also exists because of the nomenclature used to describe ongoing symptoms.  The proponents of PPCS being unrelated to structural damage argue that if structural damage exists, the TBI is not a MTBI but a moderate or severe TBI.  This is complicated by clinical findings meeting the definition of PPCS and neuroimaging studies that may demonstrate, through diffusion tensor imaging, subtle or microscopic diffuse axonal injury in a brain that appeared normal by CT or regular MRI.