Physician's Consent to Settle the Case 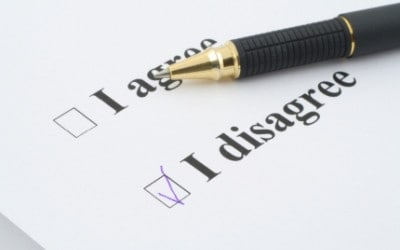 In this age of competition among medical malpractice insurance companies, virtually all of them have turned to a "selling point" they use in their policies. This point is found in what is known as the "Consent to Settle Clause." This clause generally provides that the insurance company may not settle a claim of malpractice without the written consent of the accused physician. Physicians love these clauses because they may refuse to settle a case and risk a trial on the merits regardless of how obvious their malpractice can be proven.

These clauses have proven to be a significant barrier to settling a medical malpractice claim. Even if the insurance company's own lawyer tells them that the case will be lost and hundreds of thousands of dollars will have to be spent to defend the case, the physician's refusal to give his written consent prohibits the insurance company from settling the case.

In a normal group of professionals these clauses make it difficult to discuss the case with the defendant. However, when the egos of some physicians are thrown into the mix, there is no chance of that physician ever taking responsibility for the mistake and allowing the patient to be compensated for the obvious error. It is one thing to refuse consent when a valid explanation and defense exists to the accusations of malpractice. It is quite another to refuse this consent when even the doctor's own experts are against him.

In an effort to combat the obstinate physician who refuses to take responsibility in an obvious case of malpractice, some insurance companies are using what is called a "Hammer Clause." This clause allows the insurance company, in certain limited circumstances, to either over ride the physician's unreasonable refusal to give his consent to settle or makes the physician financially responsible for paying amounts above what the case could have been settled for if he loses.

Although the "Hammer Clause" is gaining in popularity, many physician groups are warning physicians not to sign any insuring agreement that contains such a clause. Without this type of check on the physician's power, it costs him nothing to continue the frivolous defense of an indefensible case. Delay and dragging out the court proceedings becomes his strategy to wear down the family of a malpractice victim.