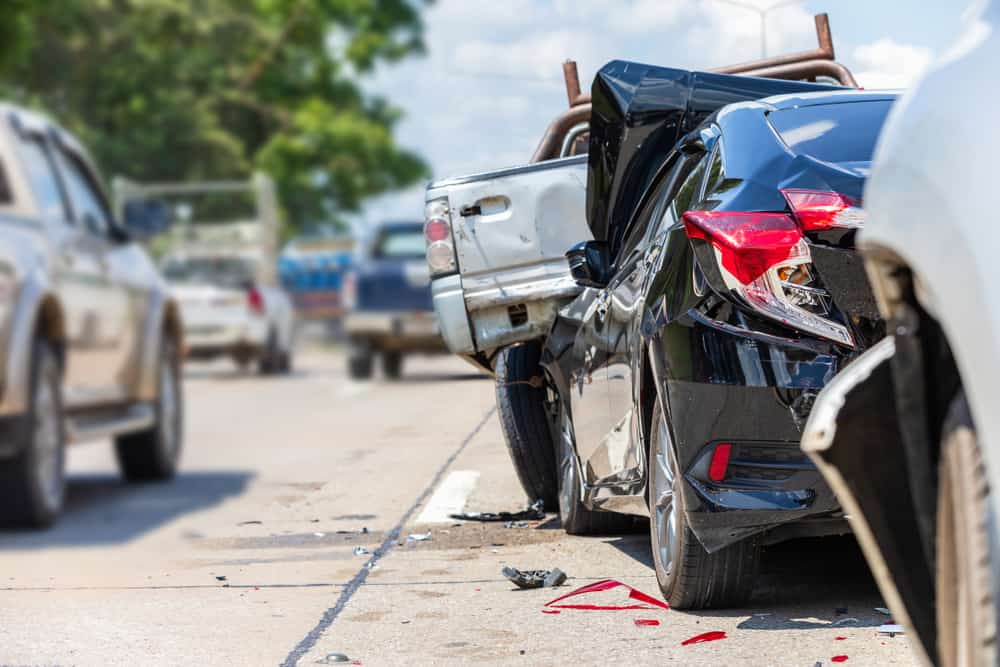 A rear end collision occurs when the front of one vehicle strikes the rear of the vehicle in front of it.  Common causes of rear-end collisions include driver distraction, following too close (tailgating) and reduced traction caused by wet or slick roadways.

More severe neck and back injuries involving herniation of the cervical and spinal discs are also widely reported in rear-end collisions. Mild traumatic brain injuries can also occur from the sudden acceleration and deceleration of a rear-end collision which causes the brain to slam against the front and back of the skull.