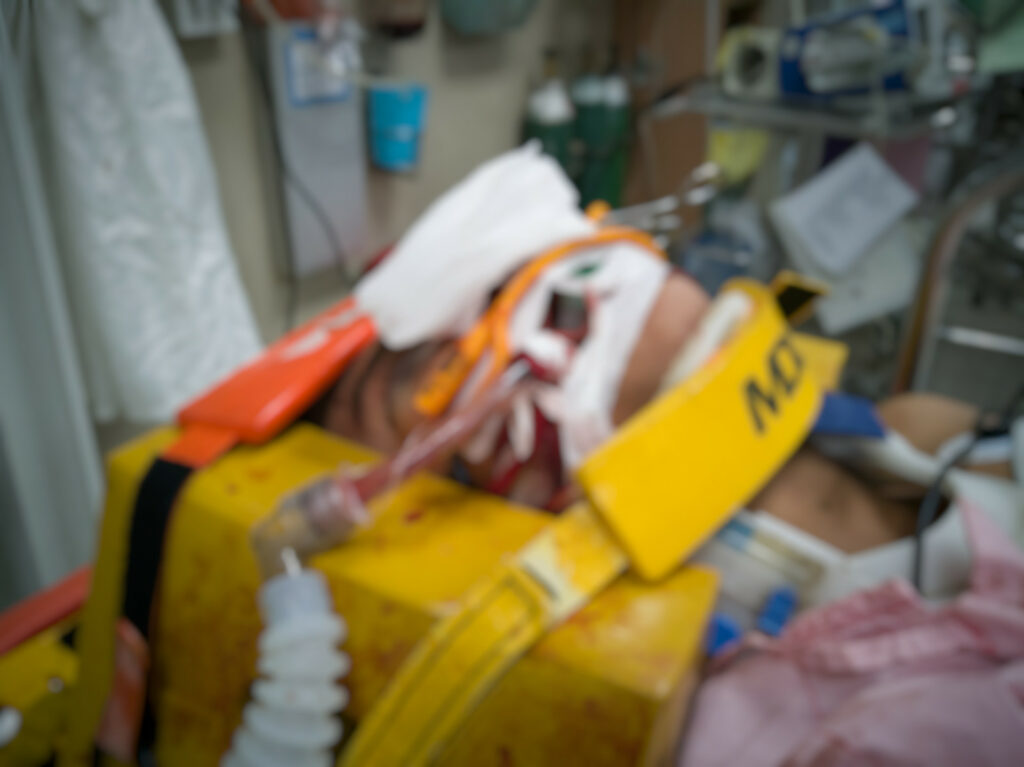 Severe traumatic brain injury is defined by the Glascow Coma Scale as a GCS score of 3-8. In the Abbreviated Injury Scale, literature defines a severe TBI as >4.  However, some literature on the AIS demonstrates that the cutoff between moderate and severe TBI is 5.

Regardless of the severity scale used by professionals to define it, severe traumatic brain injury is life-threatening and often involves emergency surgery (craniotomy) to relieve pressure on the brain and address ongoing hemorrhaging.

Severe traumatic brain injuries require extended hospitalization and monitoring, often in the ICU.  Airway management in the form of intubation is usually required.  Medications often include anti-seizure drugs, and drugs designed to reduce edema or swelling on the brain.

Following acute or emergent care, severe traumatic brain injury almost always results in an inpatient rehabilitation admission where patients learn how to speak, walk and regain some of their cognitive functions.  In extreme cases, severe traumatic brain injury may cause permanent blindness which has a whole set of issues associated with rehabilitating those patients.