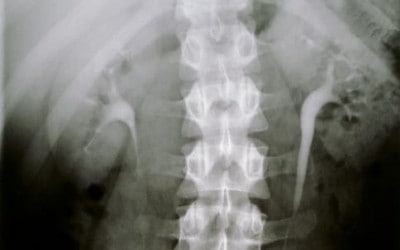 Traumatic spinal cord injury (TSCI), can be defined as an acute, traumatic lesion of the neural elements of the spinal cord which results in temporary or permanent loss of sensation, motor deficit or bowel/bladder dysfunction. Because these injuries are usually permanent, they can be devastating in terms of the high costs of acute and long term care. They can also be emotionally devastating to the relatively young persons who are statistically the most frequent victims.

According to recent statistics, about 92% of the traumatic spinal cord injuries were unintentional or accidental. Motor vehicle accidents were the single largest cause of TCSI, causing approximately 53% of all injuries. Falls were second, causing about 20% of the injuries.   About 63% of all TCSI’s involved persons between the ages of 15 and 44.

A traumatic spine injury may be easily overlooked. One recent study showed that in a series of 300 fractures of the cervical spine, 100 cases were not diagnosed initially on clinical or radiological examination. Those delays in diagnosis ranged from one day to one year.

The degree of spinal cord injury is often hard to determine immediately following a trauma. Oftentimes, the cord sustains “spinal shock”, which causes complete loss of all reflexes below the area of cord injury. This state can be temporary and can disappear after a few days. The classification of the neurological injury is usually made according to the modified Frankel scale. The modified Frankel scale measures the injury according to five clinical syndromes associated with cord injury.

Diagnostic imaging studies like an MRI, CT scan or x-ray film are used in conjunction with the physical and neurological examinations to confirm cord injuries. These films are usually taken in the front and profile views.

Many specific medical treatments have been proposed for TSCI. Most are aimed at preventing secondary injuries from occurring. Results from the National Acute Spinal Cord Injury  Study (NASCIS II), recommend the administration of a drug called methylprednisolone. However, a statistically significant benefit on motor function was seen when this drug had been administered within the first 8 hours of the trauma.

Other drugs, including purified extracts from bovine brains, called Gangliosides, have been shown to favor neuronal growth after a traumatic injury. However, studies have not been complete on this treatment. Surgery may also be necessary as a method to stabilize the spine and/or to relieve persistent compression on the cord, or reduce displacement.

If you or someone you know has suffered from a traumatic spinal cord injury, call the Cochran Firm New Orleans  toll free at 1-866-599-0022 for a free consultation.