Am I A Candidate For Surgery 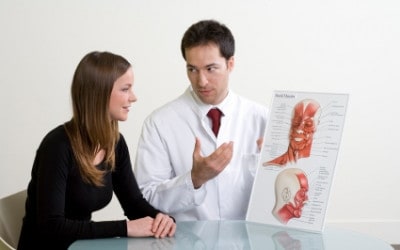 The answer to this question requires consideration of several issues:

Is it a relatively minor operation, such as an inguinal hernia repair, or something obviously major such as cardiac surgery? The surgical method contemplated also may have a bearing – generally minimally invasive operations such as laparoscopy or arthroscopy cause less stress and are better tolerated than traditional open surgery.

Are there alternative treatments?

For some conditions, there are no alternatives to surgery – for example, there is no accepted non-surgical treatment for acute appendicitis – the appendix needs to be removed emergently. Mechanical problems such as hernia repair have little non-surgical options – the only issues are whether to do the procedure or not, and the methods involved. Plastic surgery has little alternatives, and many injuries will require surgical repair.

For other conditions, surgery may be one of several options. For example, most experts feel that surgery for lower back pain should be reserved for those patient who fail less invasive treatments; joint replacement surgery also falls into this consideration. Gastroesophageal reflux disease (GERD, heartburn) usually responds to medications, and surgery is reserved for intractable cases.

Many malignancies may be treated by surgery, but often multiple therapies are available and employed, including radiation and chemotherapy.  For example, prostate cancer may be treated by radical removal of the gland, by radiation therapy, by medications or surgery to remove the testosterone stimulation of the organ, or simply by watchful waiting, as often in older men the disease progresses very slowly. One must discuss these options on a case by case basis with his or her physician(s).

There always is some danger when undergoing an operation. For some procedures that are relatively small, the risk is less than the chance of being in a traffic accident on a short errand to the corner store. Some operations are relatively minor, and thus produce less stress on the patient physically and emotionally; others clearly might tax any candidate.

Certain risks, such as infection or bleeding, are inherent in any operation, but in good hands, infection rates in “clean” operations (ones that do not enter an area where bacteria normally are present,) should be in the 1 – 2 % range.

As a general guideline, operations that enter a body cavity (the abdomen, chest, or skull (neurosurgery) create more stress, recovery can be expected to be longer, and the risk of surgery increased.

Thus one has to consider the benefits of an operation: curing a disease (as with appendicitis or draining an abscess); relieving suffering and pain (as with joint replacement); preserving function (such as cataract surgery) versus the many risks involved

Consequences of Avoiding or Postponing Surgery

Obviously the benefits of surgical treatment are not gained if the procedure is not performed. In some instances, not having surgery is life threatening -- if one has a cancer, for example, the chance to cure the disease may be lost. For other problems, surgery might safely be avoided or postponed. There is good evidence that patients with groin hernias that are not bothersome may postpone surgery until symptoms warrant. The chance of the hernia becoming incarcerated or strangulated (stuck out) is small, and the problem, while now an emergency, can be safely treated. With an abdominal aortic aneurysm, a potentially life threatening problem should the artery rupture, the size of the aneurysm commonly is followed by ultrasound studies, and operation chosen when the aneurysm reaches a size where the chance of rupture exceeds the risk of the surgical procedure to repair it. Age and general health also are considerations – as one gets older and develops serious health problems, the odds of a good result are less.

Further, one has to consider the possibility of complications of the disease developing if surgery is not chosen. A common example is gallstone disease. If a person has gallstones and is in good health, it is very likely that minimally invasive surgery to remove the organ will be successful and future problems avoided – complications occur in less than ½ % of cases. However, if a complication of gall bladder disease develops, such as a stone obstructing the bile duct or gall bladder, and leads to jaundice, infection, perforation, etc., a relatively simple problem has become drastically complex.

While most patients survive surgical procedures and recover nicely, there will be occasional patients who have increased risk, even to the point of contraindicating surgery. This assessment must be individualized by the surgeon and consulting physicians. In many instances health problems can be “fine tuned” for maximal effect before undergoing an operation. For example, diabetic patients should have their blood glucose under good control; high blood pressure should be treated and controlled. Heart disease treatment must be optimized, even to the extent in some cases where coronary artery disease needs to be treated by stent or bypass before considering an operation for another problem.

The American Society of Anesthesiologists has a widely used scale that classifies each patient before surgery; it is a good general guideline. There are 5 classes; an “e” is appended if the operation is an emergency:

ASA 3: Patient with a severe disease that limits activity but is not incapacitating

ASA 4: Patient with an incapacitating disease that is constant threat to life.

A full preoperative assessment is needed before surgery to help define these risks; treatment must be individualized.

Surgery is not an exact science, and undesired problems and outcomes (complications) do occur. Some may be minor, such as a superficial stitch infection, but there are potential problems, some of great magnitude, for any operation.

For major and commonly performed procedures such as coronary artery bypass surgery, carotid artery endartectomy, joint replacement, and many others, a good surgeon will be able to offer data about success rates and complications. Hospitals also keep track of infection rates, re-admissions, etc. The problem with these so called “report cards” is that the data is not entirely accurate or encompassing, but they do give a general overall idea.

Before undergoing surgery one has to weigh these factors – a stroke following carotid surgery is devastating, but in good hands it happens only 1 – 2 % of the time. If a surgeon or institution cannot report this level of success, consider finding a surgeon with a better track record. An infection in joint replacement surgery is horrible, and usually demands removal of the prosthesis – again a rare event. In gastrointestinal surgery, leaks at sites where bowel is sewn or stapled together (the anastomosis) do occur; they are more likely in the large intestine, and especially when surgery is done deep in the pelvis in the rectal area. Many surgeons will establish a temporary colostomy or ileostomy to “protect” the anastomosis until it is healed; another operation is then needed to restore bowel continuity.

What can I do to optimize my health and minimize the chance of complications before surgery?