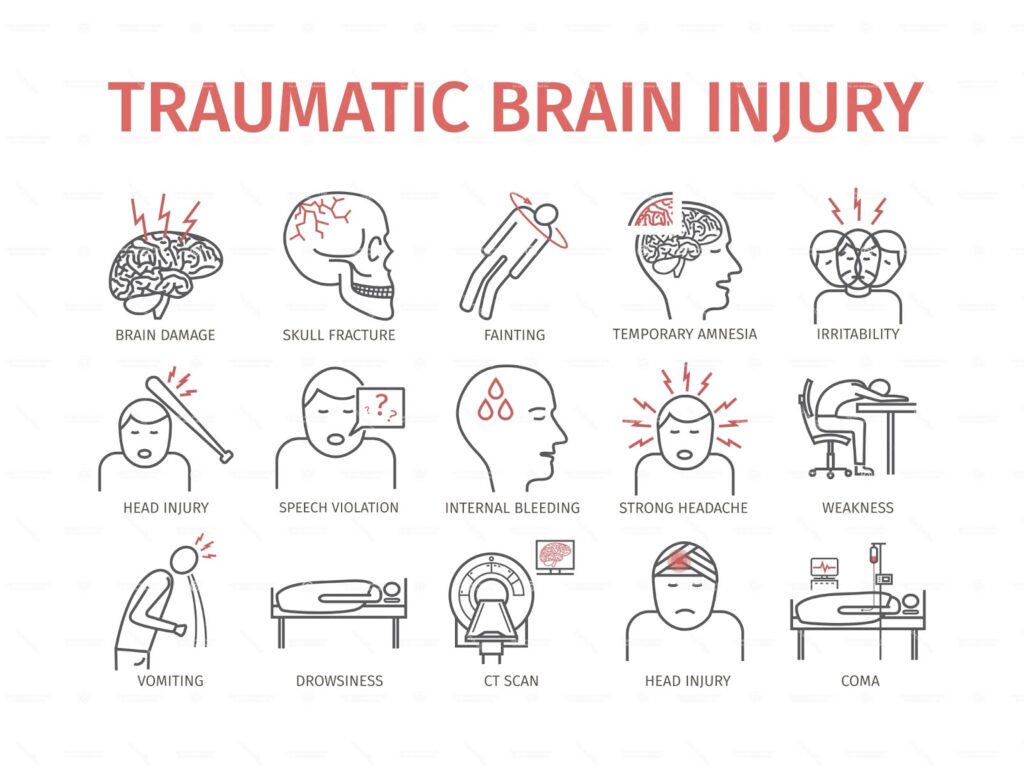 Traumatic Brain Injury (‘TBI”) – a physical injury to the brain tissue caused by a trauma or blow to the head which may produce temporary or permanent cognitive deficits.

Atrophy loss of brain tissue and mass.  Occurs naturally with age.  However, it can be greatly accelerated  in traumatic brain injuries.

Cognitive Deficit - an impairment to the thought process.  Loss of higher reasoning, forgetfulness, learning disabilities, concentration difficulties and decreased intelligence are all forms of cognitive deficits.

Concussion - a type of traumatic brain injury taken from the Latin concutere, which means “to shake  Violently.” It is caused by a sudden or direct blow to the head.

Coup-Contra Coup - a type of traumatic brain injury which causes contusions in the brain at the site of impact (“the Coup”) and on the opposite side of impact (“the Contra- Coup).  It occurs when head trauma forces the brain to slam against the other side of the skull from a violent impact.

CAT (CT) Scan - CAT stands for computerized axial  tomography and is a type of imaging study that combines a series of X-ray images taken from different angles to create cross-sectional images or slices of the bones, blood vessels and soft tissues of the body.

Diffuse Axonal Injury - a type of traumatic brain injury where the white matter of the brain is injured by sudden acceleration-deceleration and/or rotational forces. The resulting tissue injury is characterized by axonal stretching,        disruption and eventual separation of nerve fibers.

Diffusion Tensor Imaging - an MRI technique that enables measurements of the restricted diffusion of water  in  tissue, including the brain.