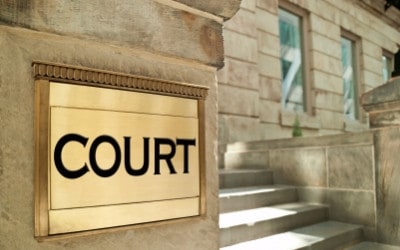 In this country the court system is generally divided into two types of courts, state courts and federal courts. Each state has the authority to create the different courts under its own system. However, in most states the system is made up of three levels of courts: the district or trial court, the courts of appeal and the supreme court.

Most state court judges, at all three levels, are elected by the population for certain terms of service. Some states impose term limits to prevent multi term judges. Most states break down the geographic areas of the state into judicial districts. A district or trial court represents the people who reside in that district. Several districts are then usually grouped together and represented by a court of appeals. There are usually many fewer courts of appeals than there are district courts. The courts of appeal hear cases coming out of the judicial districts to which they are assigned. Although the number of judges who sit on the court of appeal may differ from state to state, the number is usually an odd number to prevent a split decision.

Only the United States Congress has the authority to pass legislation which overrules decisions of the Supreme Court. This is part of the checks and balances of power the founding fathers of this country created to ensure that no one branch of the government (legislative, judicial, or executive), had too much power. The United States Supreme Court Justices are appointed by the President and serve for life. There are 9 Justices.