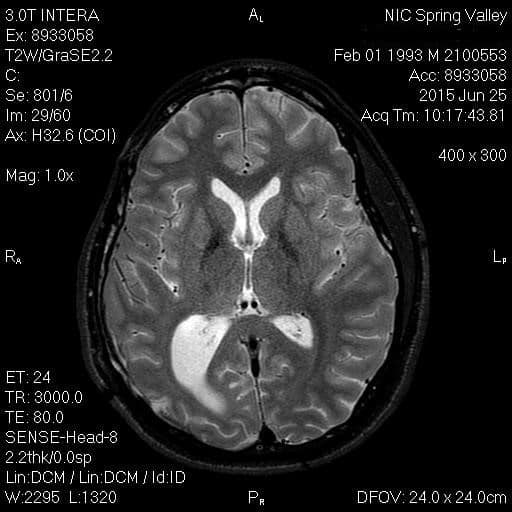 Peer-reviewed medical literature has determined that following a traumatic brain injury the ventricles of the brain can become damaged and changed.  Dilated brain ventricles occur when the two halves of the brain are abnormally enlarged or swollen. A study of trauma patients that provided an assessment on average 30 years after TBI found that lateral ventricular enlargement was significantly associated with impaired memory functions, memory complaints and executive function.  Of the MRI parameters used, the best predictor for cognitive outcome was the volume of the lateral ventricle.  See for example Cognitive functions in relation to MRI findings 30 years after traumatic brain injury, Himanen L, Portin, R, Brain Inj. 2005 Bef. 19(2) 93-100.

Thus, MRI evaluation of the lateral ventricles is recommended in patients who have suffered a TBI as an important prognostic indicator of severity and outcome in TBI.